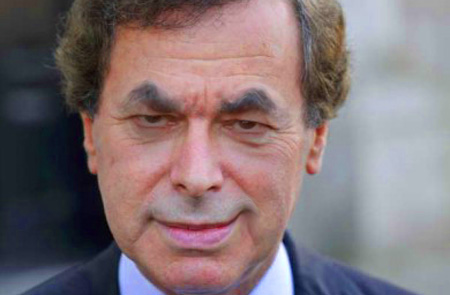 THE Minister for Justice, Alan Shatter, has said he will pass a mandatory death penalty sentence for burglars and trespassers who continue to break the law and steal from peoples homes.

The dramatic decision was proposed late last night by the minister from a hotel bar in Australia – where he attended St Patrick’s Day festivities at the week-end.

Mr Shatter claimed the recent break-in at his home in south county Dublin had nothing to do with his proposal for the death penalty.

“I was going to propose this ages ago anyway, but I totally forgot because I was so busy.” he said.

A man in his 20s has been questioned about the break-in on Sunday night but will not be charged until the new law comes into effect next week.

“I think it’s only best we waited for the new death penalty system to come into effect before charging him.”

“This is not in anyway personal, I just want to make an example out of home invaders.”

The minister also ruled out conventional forms of the death penalty’s like the electric chair and lethal injection.

“Look, this is not the US! Their system is out-dated and lacks creativity.”

“I think the best option is to let the victims decide on how the thieves should die.”

Mr. Shatter has already hinted that vertical impaling could be an option (vertical impalement is the traumatic penetration of an organism, were the stake is inserted anally through the whole length of the body, exiting through the mouth/head region).

“Why not intrude the intruder? Makes sense to me.” he joked.

The justice minister is due back in Ireland on Friday.