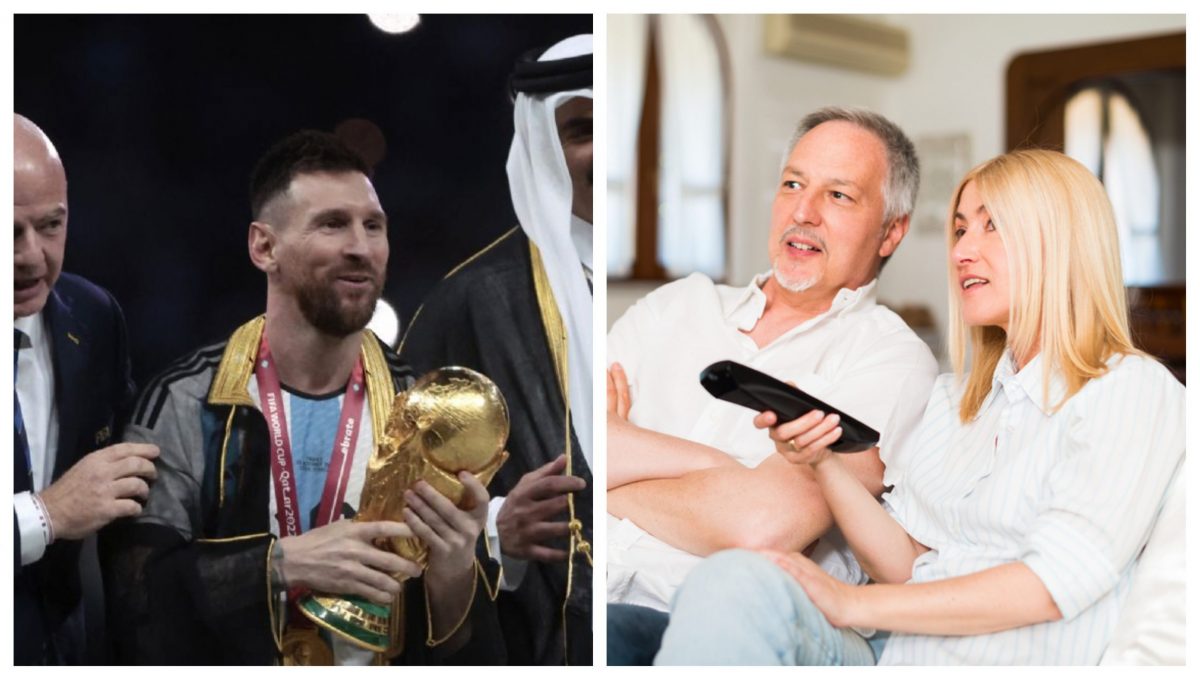 IT’S called a Bisht; a sheer black nightgown type of garment that the Qatari officials draped over the shoulders of Lionel Messi as he stepped up to collect the World Cup yesterday, and it’s just rocketed to the top of every man’s last-minute gift list to their wives and girlfriends.

“Do you think maybe you’d wear something like that…?” asked every man of their wife as they watched the World Cup final yesterday, after a thrilling game where Argentina pipped France in penalties and any notion of ‘sports-washing’ or human rights abuses vanished into thin air.

“You wouldn’t have to wear the Argentina jersey underneath it, but maybe it might be nice if you did?” they added sheepishly, their faces reddening at the thoughts of their wife or girlfriend emerging from the bathroom one night dressed in full Argie get-up, ideally Messi’s very own number 10, with a sexy Bisht barely covering the mud and grime of 120 minutes of grueling elite-level soccer.

“Then maybe you could perhaps learn Argentinian and tell me we’re all in this together, and that if we keep our heads cool we’ll lift the trophy,” men mused, as their wives and partners started to feel slightly uncomfortable about the whole thing.

“Later we can go to the back garden and you can nutmeg me,” the men continued, as the women finally answered with a resounding ‘fuck this’ and stormed off.