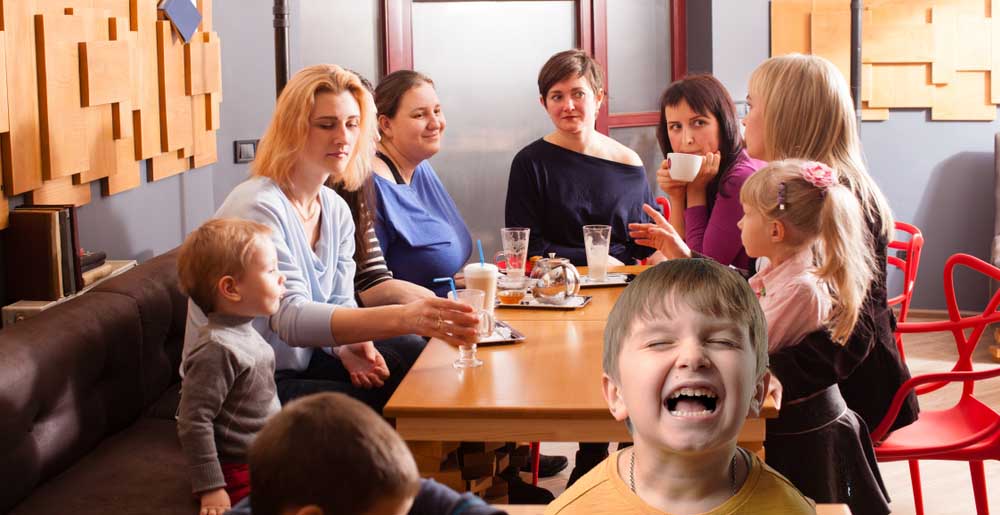 LOCAL woman Suzanne Jeffries was only too delighted to take her friend and mother of six toddlers, Caroline Murphy, up on the offer of a coffee catch up in a local cafe, WWN understands.

“I don’t know what ages they are at this stage, all I know is that Caroline’s husband never takes them off her hands and they’re louder than a jet engine sucking in a brass band,” explained Jeffries, already stressed at the prospect of shouting her entire conversation over the sound of screaming children.

“Don’t get me wrong, Caroline’s a great mum, clearly, but six of the little feckers in a cafe at the same time and she thinks we’re going to actually have something that passes for a catch up?” questioned Jeffries, whose kids were of an age thankfully where they wouldn’t be caught dead in public with her.

“I said ‘yeah sounds great’ in a text back, but ‘no sounds terrible’ is the real vibe; the little bundles of mental breakdowns are going to be chucking their food in my face the entire time we’re there so I’m just going to wear the clothes I wore when I painted the house,” added Jeffries, psyching herself up for what her friend described as a ‘super chill coffee catch up – can’t wait’.

Jeffries conceded that she wasn’t entirely sure how many children Murphy had, but that was down to the fact that they never sit still long enough to be counted.