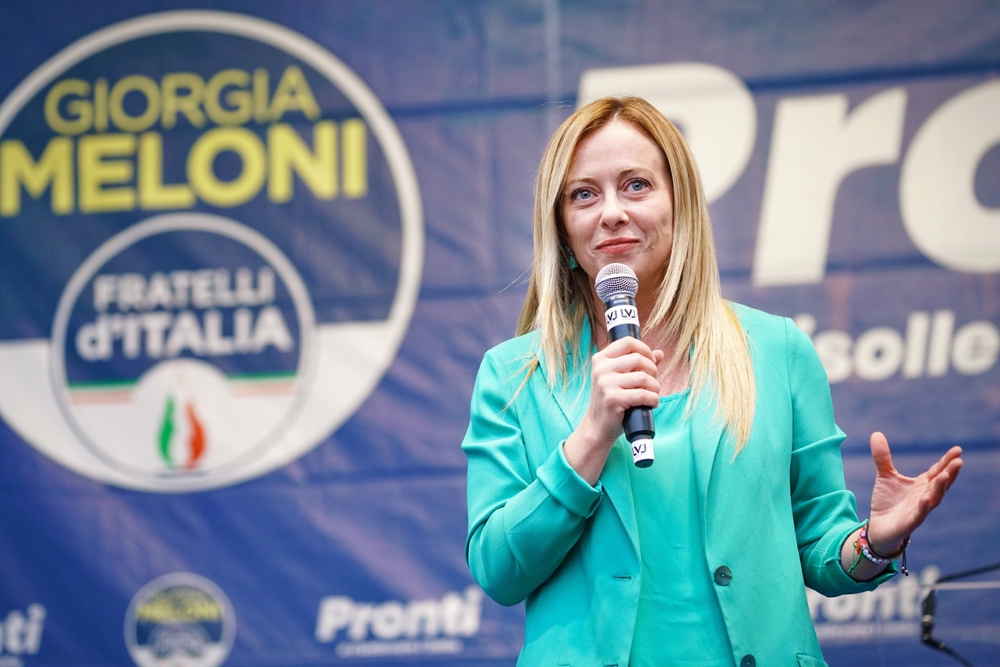 ITALY is taking its first steps towards a return to fascist-centric politics this week, as the political party ‘Fratelli D’Italia’ looks set to sweep the general election and put the country’s first far-right leader since the outbreak of WWII, despite how all that ended.

Named after the evil family in The Goonies, Fratelli D’Italia and their leader Giorgio Meloni were quick to distance themselves from former Italian fascist leader Benito Mussolini, stating that there’s is a much more inclusive far-right party with new, forward thinking fascist points of view.

“Our leader is a woman, for God’s sake. How can you call us backwards, eh?” explained a source close to the FDI.

“We’ve got 26% of the vote and it looks like we’re going to be forming the next government, so whatever you may think of us, it’s probably best you keep it to yourself, capisce? I’m not sure if you know this, but the last fascist government that ran this place didn’t take too kindly to snitch journalists and the like.

“Not saying we’re like that by the way, but I am just saying it, if you get me. Now you be nice to Ms. Meloni when she’s making her powerful speeches at the rallies, ya hear me? Now go on, get outta here youse lousy bums”.

Meloni will later today become the first far-right Italian official to address a crowd from the right way up in 77 years.