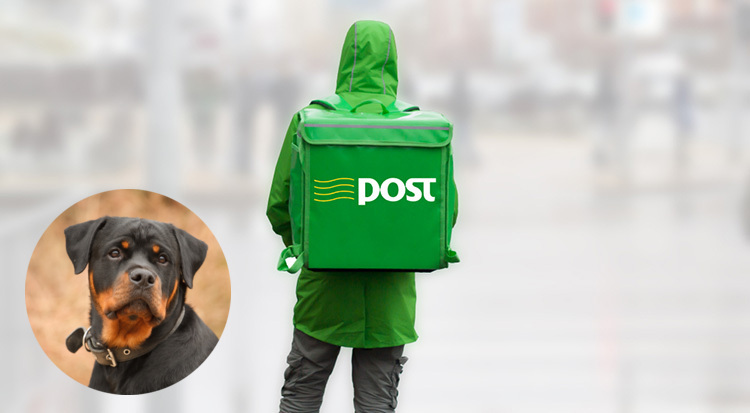 AN POST worker has been fired and is now in garda custody after a spate of rabid attacks on dogs on his normal postal route.

“My dog was just minding his own business in his kennel in the front garden and then all I could here was this awful animalistic sound,” recalled the owner of one the postman’s canine victims, a rottweiler named Dennis.

A pattern of troubling behaviour repeated itself over months as 48-year-old postman John Laharty became territorial over his route, often growling and chasing dogs back into their homes.

“The dogs could hear his whistling and the sound of the velcro on his satchel and they’d run in doors and cower,” confirmed one witness.

CCTV seen by WWN shows the moment Laharty chased down the innocent rottweiler and sank his teeth into the fleeing hind leg of the dog.

“Once the postman caught him, sure he didn’t know what do with him, it was like he was acting out of pure instinct and hadn’t given a thought to why he was doing it and to what end,” shared arresting garda Liam Coynes.

Laharty has been suspended by An Post pending his trial and has already indicated a willingness to be rehabilitated, with his wife expressing interest in having him snipped if it’ll reduce his rambunctious and unpredictable behaviour.