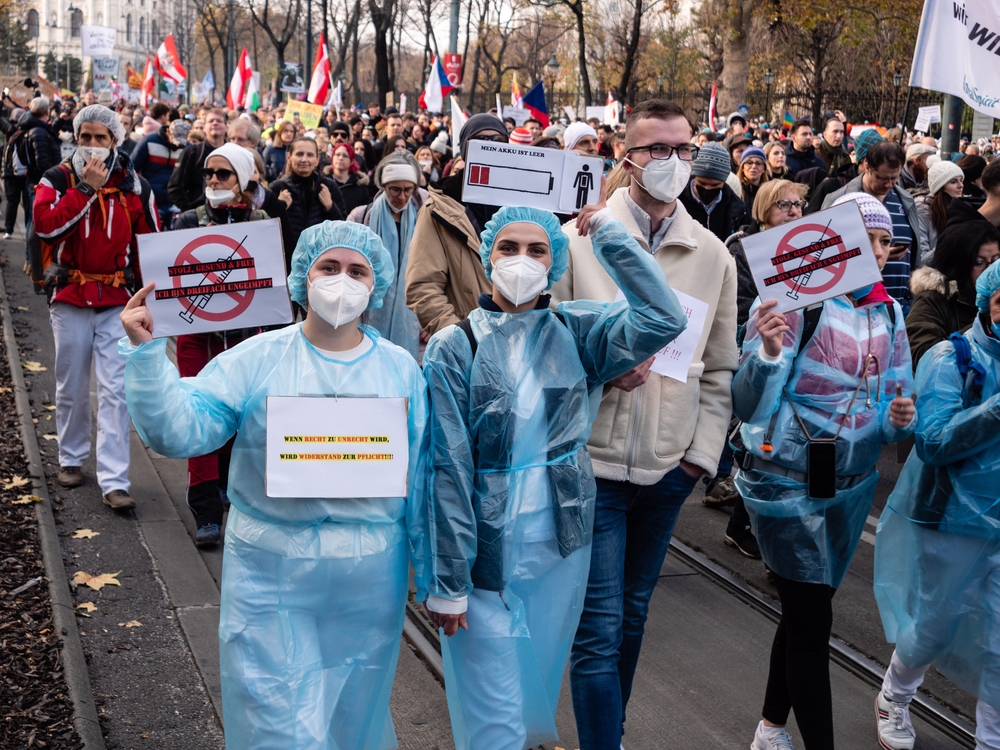 LOCAL authorities, regional governments and states continue in their attempts to persuade those unwilling or reluctant to get a Covid-19 vaccine to do so.

Most recently the Canadian province of Quebec announced it will charge a health tax to residents who are not vaccinated. But what other high profile moves have been made around the world?

Austria have instituted that it will be mandatory by , , look whenever the system is ready, they regret hiring an Irish firm to handle it.

In France there plans to ban those who remain unvaccinated from consuming wine and cheese, carrying out extramarital affairs, feeling superior to the English and being casually Islamophobic.

In Australia those unvaccinated are banned from dining indoors in some states, and in the most punitive punishment available they will be forced to watch the hysterical Novak Djokovic coverage on a 24/7 loop.

In the UK, unvaccinated people face having one chocolate from Roses, Quality Street, Celebrations and Heroes removed each week they remain without the Covid-19 vaccine.

A variety of American states are trying innovative ways to coax people including a free go of a billion dollar piece of military hardware such as an F15 fighter jet, or the chance to be entered into a raffle and win a punch in the face from Donald Trump.

In Kazakhstan, those unwilling to vaccinate themselves against Covid-19 will be barred from indoor dining or at the very least put on the ‘attempted to stage a coup’ list with their details passed on to Russian troops.

In Trinidad and Tobago those yet to get the jab may be forced to have their testicles examined by Nicki Minaj to see they are swollen. Those who get the jab will have to undergo the same examination.

In Ireland officials at the Department of Health had explored the legality of mandatory vaccinations but the nation has settled on the tried and tested ‘would ya not just get the jab ye fucking eejit?’ method.