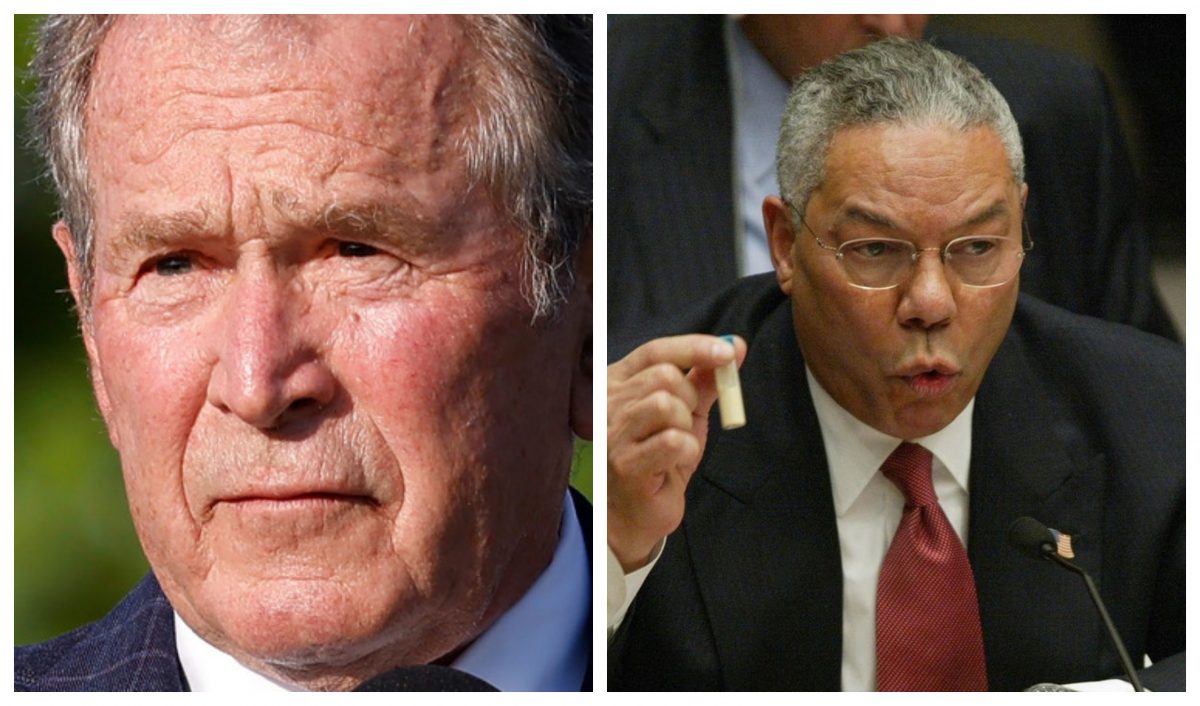 WITH the passing of another weapon of mass destruction, Colin Powell, at the age of 84 from Covid-19 complications and belated karma, it is just George W. Bush and his unrelentingly horrific nightmares that are left now.

“Dick Cheney doesn’t count because technically he didn’t have a heart to begin with,” confirmed one person with a working knowledge of the architects of the Iraq War.

“George could always ring Colin or Rummy to reminisce on the old days, lie to themselves that they were good men who made tough choices,” shared a source close to the former president, “but now there’s nothing to silence the screams of the dead children in his dreams. He particularly struggles with one Iraqi child who goes to hand him a gift but it turns out to be her bloody beating heart”.

“It could be worse, it could be that other nightmares of an army made entirely out of thrown shoes advancing on his lawn”.

Elsewhere, concern has been expressed for the majority of media outlets as they struggled to correctly spell ‘war criminal’ in their obituaries of Powell who, apart from lying to the UN about Iraq harbouring WMDs in order to justify starting a war that claimed 500,000 plus in civilians deaths, was a pretty stand up guy.

Powell took a very brief break from making up things during his military career to instead fail in finding any evidence of wrongdoing when he was charged with investigating the infamous My Lai massacre carried out by US troops during the Vietnam war.

UPDATE: Powell has been forcibly ejected from Heaven and sent to Hell after he was found to have fabricated information on the Heaven entry forms.