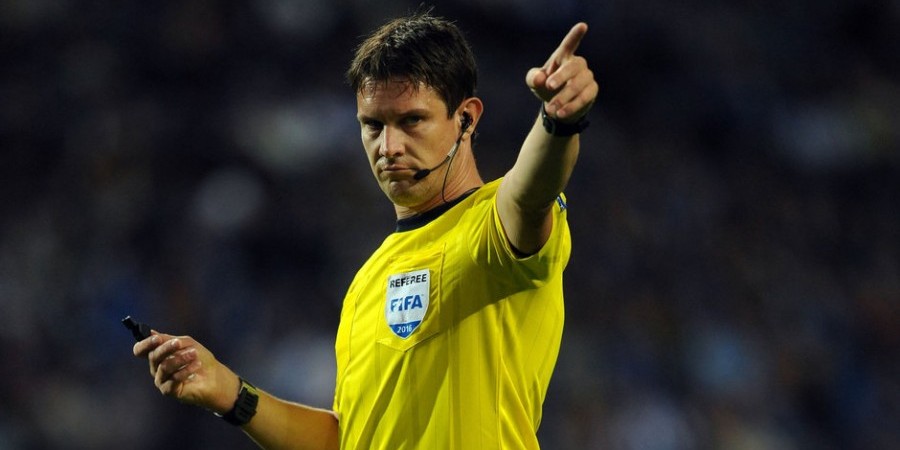 A HEARTWARMING sporting story emerged last night during Ireland’s World Cup qualifier against Portugal when referee Matej Jug received the results of an ancestry test which revealed he was in fact 100% Portuguese.

The news was delivered to Jug via his referee’s earpiece just minutes into the game, and will go some way to helping Irish fans understand his questionable performance on the night.

“That’s big news to receive in fairness, that explains a lot. You wouldn’t be able to concentrate, Jesus, sure you might completely miss pricks throwing punches or defenders trying to ride an Irish striker like a rodeo clown in the penalty box,” shared one understanding Irish fan.

Sources close to Jug, now going by the name of Diogo, said the news certainly explains a lot about his life over the years.

“Wow that’s crazy, I suppose that explains his Portuguese parents and siblings so, and the Portuguese passport and home in the Algarve,” shared one friend.

“Come to think of it, the Portuguese football team pyjamas he sleeps in every night and the Ronaldo shrine he has, it’s all making some sense now. Amazing the internal biases he could have been subjected to had he known this in advance of the game,” shared the friend.

Diogo/Jug’s body was also said to be running on ‘Portuguese time’, a Portuguese cultural quirk which sees people always arriving late to social occasions, which would explain why the referee failed to blow up the game once the 5 minutes of injury time were up.

Elsewhere, the Department of Foreign Affairs is helping a number of Irish citizens in Portugal after they rang gardaí to report being robbed, while another Irish man was struck by a Portuguese man with ongoing legal issues.