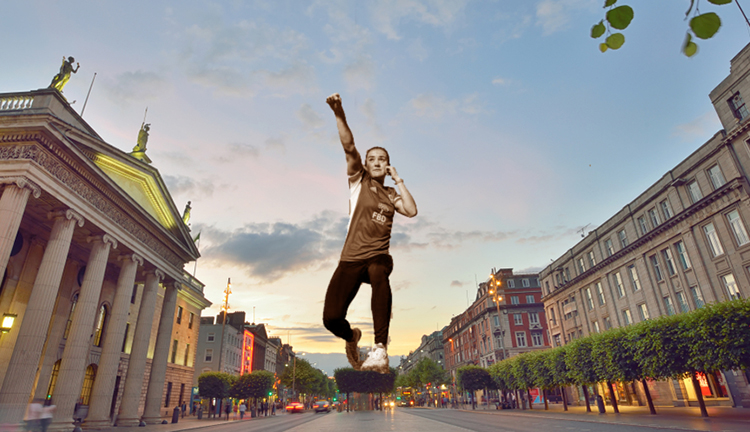 MINUTES after Kellie Harrington was assured of her Olympic lightweight boxing gold, Dublin City Council broke ground on the site of where a statue in her honour is to be built.

A rare, universally praised decision enacted by officials of an Irish council, the public works will see the Spire removed and replaced with a 100 metre lifelike structure replicating the pride of Portland Row.

“There will be a whole interactive experience with the statue too where you can be lifted up in a cherry picker right to the end of Harrington’s jab, so it will be a truly terrifying experience for everyone, as all her opponents found out” said the artist behind the statue’s design.

“Initially the statue was to be 8 feet tall but we thought upping the height to 100 metres reflected the scale of the achievement and the pride felt by all. Sadly, admittance to the statue is severely restricted as all politicians seeking to piggyback on Harrington’s success while doing nothing for sport or communities are banned”.

With two female Olympic gold medalist boxers, Ireland is now the world leader in the ‘women who could bleedin’ burst ya with ease’ category.

Elsewhere, Gardaí were forced to shutdown an illicit factory trying to bottle and sell the exhilarating and joyous adrenaline rush the nation felt watching both Harrington’s performances at the Olympics and the scenes of her family celebrating.

“We don’t want to shut it down, but if you bottle that and drank it sure you’d be high for the next decade,” explained a garda on the scene.

Ahead of Harrington’s homecoming Dublin Airport snipers remain on high alert should Shane Ross try to make an appearance.