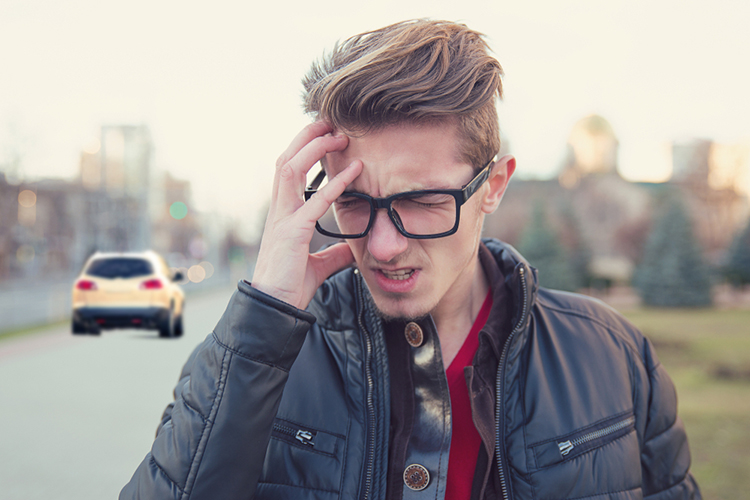 FEARS escalated in a Waterford man today over the welfare of his long-time friend after forgetting to give a friendly double tap of the car roof before he left in his car, leaving the vehicle open to all sorts of bad luck and certain catastrophe, WWN can confirm.

Jonathan Lyons said he completely forgot to make the secret gesture for ‘safe home’, stating that he was so engulfed in conversation with Tony Hanaway that he only remembered when his friend had already departed.

“I tried ringing him and then texted that I was sorry for not double tapping the roof but there was no reply,” Lyons recalled the horrific incident. “I was left feeling very anxious at the thoughts of me mate Tony just driving along on his own without having the kind of security and confidence a friendly double tap on the roof of his car would bring”.

Confirming his greatest fears, it was later found that his friend had indeed veered off into a ditch and overturned the car onto its roof, a sure sign and indicator that his friends’ lack of taps was to blame.

“I saw my phone ringing and I tried to answer it but the thing slipped down between the car seat and the handbrake panel,” crash victim Tony Hanaway said, who was now recovering and in a stable condition in hospital, “I thought it was an urgent call as it was followed by several texts so I tried getting the phone out with my fingers, but lost my concentration on the road and ended up in the bloody ditch. It wasn’t until I got to hospital did I see the text and calls were from Jonathan – which of course then explained everything”.

Gardaí at the scene of the one car collision later confirmed that it was the lack of the double tap that caused the crash and urged people saying goodbye to their friends to always remember to double tap the roof or driver’s door for good luck before departing.