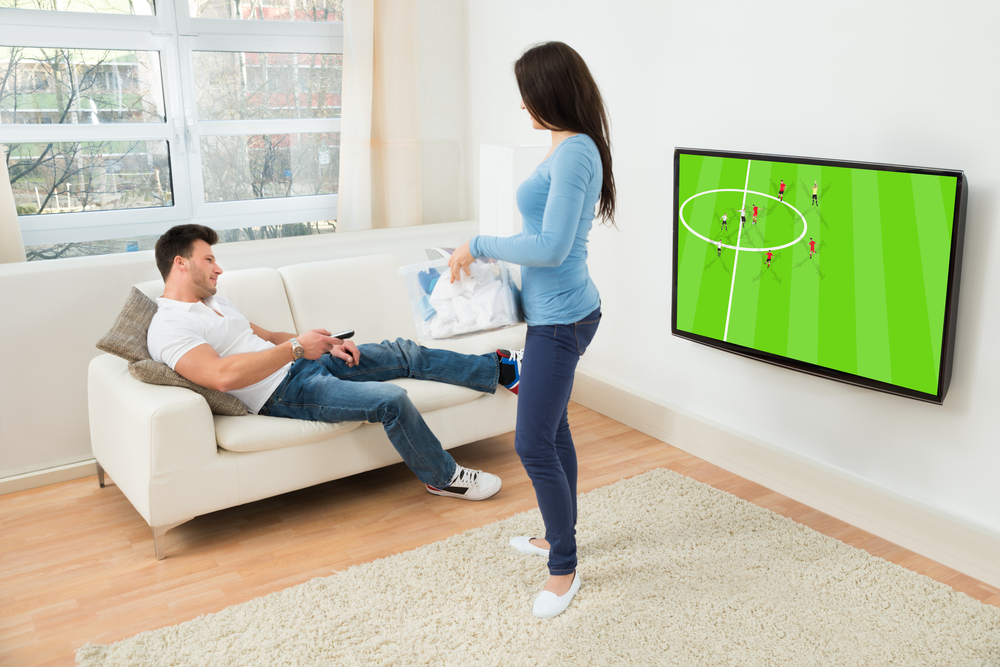 MOURNERS lined the street outside no. 23 Castle Court to lend their solidarity and support to local woman Triona Campbell after the sudden loss of her beloved husband Derek to the Euro 2020 championships.

“I’ll be fine, but it’s the kids I worry about,” Triona said through tears, trying to grapple with raising her kids without a father in their lives for the duration of the tournament which snatched Derek from the family in sudden and devastating fashion.

“Terrible sad, but at least ye have the kids and don’t forget if you want to drop them over to us at any point to give yourself a break you can,” offered neighbour Fidelma Higgins as she tried and failed to console the football widow.

The hushed atmosphere of muted grief was interrupted by Derek screaming at the TV in the nearby sitting room, in violent disagreement with the opinions of one TV pundit who said a particular player is ‘very good’, much to Derek’s displeasure.

“You know at times I feel he’s still here with me, but it only lasts a second,” Triona added, shortly after Derek was heard cracking open a beer and settling in for one of 51 football matches being played over the course of the tournament.

“And those were the last words he said to me; ‘Ah love can you not bring them to your mothers? There’s three cracking games on today’,” Triona recalled, breaking down and letting the floodgates open.

“But listen to me here giving out, I know we were lucky to him have him with us as long as we did. We got that extra year with him after the Euro were delayed last year,” Triona concluded.