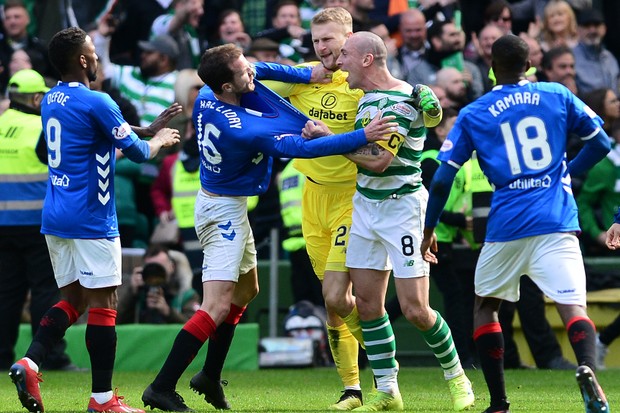 “WE always knew it was going to boil down to this” admitted Scottish First Minister Nicola Sturgeon, signing an agreement that will see the future of Scotland decided in what is being described as ‘the Old Firm Derby to end them all’.

As per the arrangement, bitter rivals Glasgow Celtic and Glasgow Rangers will once again face off against each other in a ‘best-ever-starting-11’ format, with a victory for Celtic cementing Scottish independence while a Rangers win will see the nation stay in the United Kingdom, forever.

The match came about after Sturgeon rang the PM following her Scottish Nationalist Party’s strong showing in the local elections last week, informing him that a second referendum on independence was a matter of ‘when, not if’. With a lengthy constitutional battle in the courts followed by an onerous referendum campaign, Johnson suggested instead to just let the ‘Gers and the Bhoys sort it out instead’.

“It’s really all it comes down to in Scotland isn’t it, are you Protestant or Catholic, are you Rangers or Celtic?” said a spokesperson for Johnson today.

“So just let them play and the winner takes all. It’s not like you’re going to be pro-independence and shout for Rangers, let’s face it. Really, we just see this as being a quicker way to the destination. Sturgeon is pretty hard to negotiate with, we promised her zero VAT on Irn Bru if she just dropped the whole thing, but she insisted on pressing forward”.

Meanwhile, huge numbers of Irish people have gotten incredibly invested in the clash, as the nation has for many years channeled anti-Protestant sentiment into the exploits of footballers in another country.