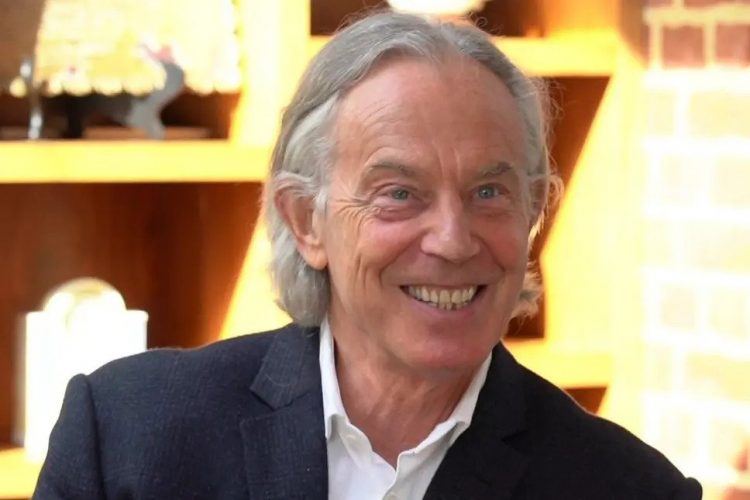 RESPONDING to the optical atrocity that is his current haircut, the British public believes Tony Blair has finally done something so repulsive and reprehensible to finally rival the invasion of Iraq in 2003.

Appraised as a ‘very close second’ to carrying out a war on false pretenses that resulted in hundreds of thousands of civilian deaths, such was the hauntingly hideous hairdo no one was able to process the former Labour leader’s thoughts on the upcoming local elections.

“He looks like Legolas’ creepy uncle who was moved to another Shire, sorry, I don’t know my Lord of the Rings references,” said internet user Miles Timmins.

“I disagree he looks like a nonce cult leader who had terrible plastic surgery in an attempt to look like Richard Branson’s brother, and you can’t convince he’s not going to enter my dreams and eat me,” shared another user Sharon Bridges, in between vomiting into a nearby bin, such was the viscerally unsettling aura Blair now exudes.

“I can’t overestimate how bad it is, it briefly made everyone forget Boris Johnson’s new career as a John Lewis hating Lawrence Llewelyn-Bowen with the invoice charging skills of Del Boy”.

The mullet is now believed to have pipped ‘shitting on Jeremy Corbyn and the Labour Party during a general election to the advantages of the Tories’, ‘being Besties with Murdoch’, ‘will do anything for cash in the Middle East’ and ‘being a Newcastle fan’ in the list of worst things Blair has done.