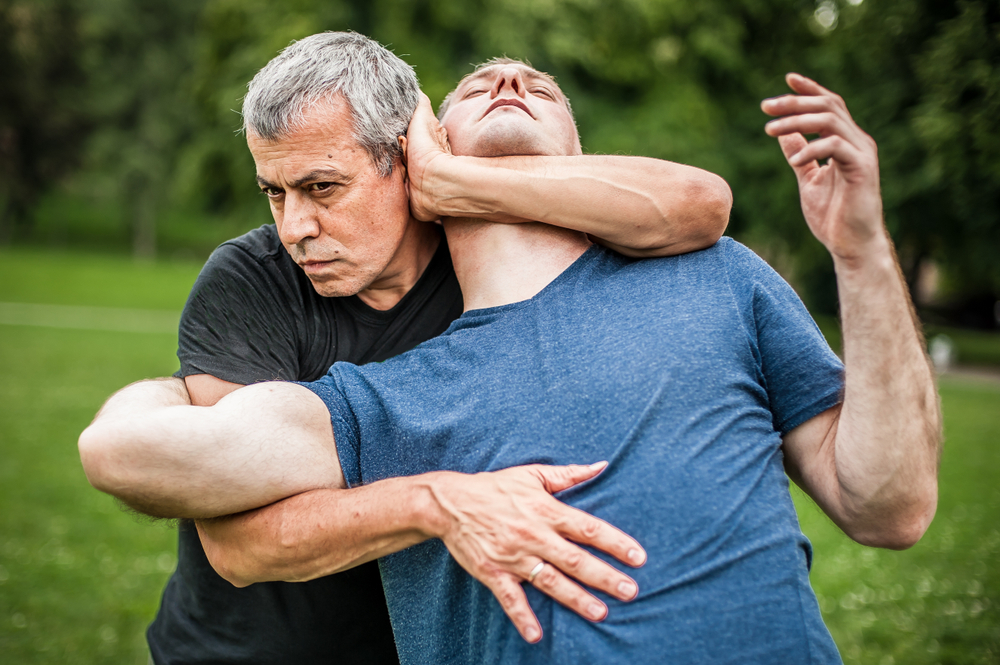 ONE LOCAL Krav Maga enthusiast and self-confessed security expert kindly sat down with WWN earlier today and explained how to solve a growing problem faced by retailers; that of belligerent, aggressive and troubling making individuals who refuse to wear masks when shopping.

“Lights out, y’know, it’s that simple,” explained Derek Dollins while grabbing an imaginary person, who appeared to be made of thin air, by the neck and choking the life out them.

“Like that, y’see,” Dollins said after dispatching the unsuspecting air that never stood a chance. “But never forget, someone not wearing a mask; technically they’re classed as biological weapons – so you can justify lethal force. Always.”

Dollins explained that anti-maskers and general trouble makers get away with blue murder on account of security guards reluctance to just murder people in cold blood.

“If someone comes in all ‘mask off’, well it’s ‘game on’,” added Dollins while engaging in an incredibly unnerving spate of chest high kicks before running out of breath.

“It’s actually very easy to jab someone in the eye and pull their eye from their socket or reach down someone’s throat and pull their intestines out to wear as a stylish scarf once you know how, like I definitely do,” explained the hard man.

Dollins has made his services available to any local supermarket that wants to lose its shirt in court over personal injury claims caused by the Waterford man, who feels his CV, which boasts years of experience watching Israeli special forces compilations on Youtube, speaks for itself.

“Do you know what the most lethal weapon on this planet is?” Dollins asked. WWN responded by saying we imagined Dollins expected us to say a knife or a gun but we imagined he would say the human body or fist. Visibly deflated by this Dollins tried to regain his composure by ducking and weaving out of the way of imaginary punches.

“And if a group of them no-mask pricks come at me, I’ll make use of my surroundings, it’s all about instinct and training with me. Say I’m in Lidl, yeah? I’ll use whatever’s in the middle aisle as a makeshift weapon. Middle aisle’s empty? I’ll jam their windpipes with reasonably priced own brand cereal, they’ll suffocate via Choco Hoops,” explained Dollins, who refused to be drawn on the number of people he has killed because the answer is none, as confirmed to WWN by his landlord and mother, Theresa Dollins.