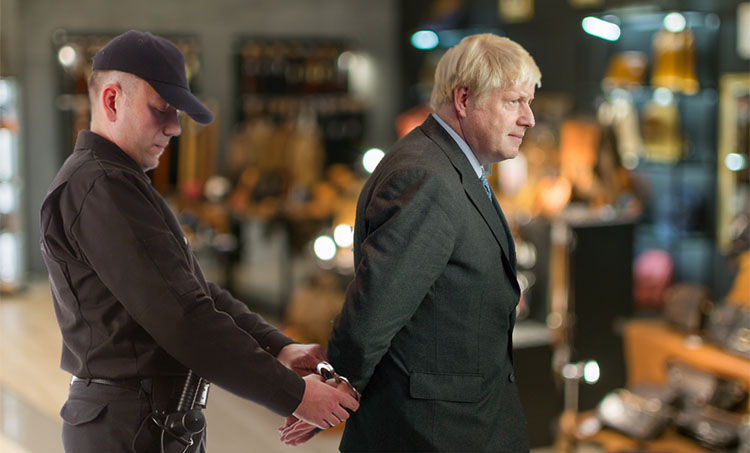 SEEMINGLY in Brussels under the pretense of facilitating Brexit negotiations over dinner with European Commission president Ursula von der Leyen, British PM Boris Johnson has been apprehended by shopping centre security after trying to shoplift all EU membership benefits from the EU gift shop.

“Oh cripes, ruddy well rumbled. My goose is cooked,” remarked Johnson as a secret pocket stitched into the inside of his suit burst, spilling the contents onto the floor of the gift shop and alerting nearby security.

“The suspect had on his person stolen EU fridge magnets, snow globes, an EU pen that when you turn upside down Britain disappears from and access to frictionless trade within the single market without any tariffs,” explained security.

Johnson who, along with his negotiating team, had left all their Brexit deal homework right up until the last minute, was said to driven to the desperate act as insiders revealed Britain and the EU are still very far apart on a final agreement.

“I’m not even mad,” said the proprietor of the official EU gift shop, “I’m just impressed he managed to fit a whole customs union up his shirt before being caught”.

As Johnson was carted out of the giftshop he was seen trying to pocket the EU passport of a nearby diplomat.