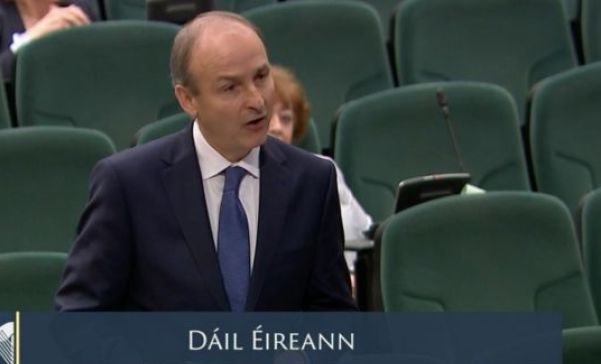 After a critical shortfall in funding at Dublin Zoo emerged yesterday Taoiseach Micheál Martin swiftly spoke up in the Dáil to allay fears that the zoo would close, stating ‘not on my watch’ as he pledged the government would step in to save the beloved institution.

While obviously delighted, a much appreciative Irish public were so struck by the haste with which the issue was addressed they couldn’t help but chance their arm by asking the government to ‘do’ medical cards for the terminally ill next.

“I just thought to myself, hang on the government were alerted to Dublin Zoo and hours later bingo! They said they’d step in, so I thought maybe they’d do the same for an issue terminally ill people have been desperately campaigning for, but hey, some people call me a looper but worth a shot,” shared one observer.

While the government has committed to public consultation with advocates, patients and their families, simply expanding the programme for terminally ill people immediately without hiding behind report ‘findings and recommendations’ and removing means testing and needless bureaucracy seems like a quick ‘click of the fingers in the Dáil’ sort of thing most recently seen with Dublin Zoo funding.

“And sure why stop there, think of all the good we could achieve by pretending Direct Provision was some hungry penguin, or Mother and Baby Homes records where a sickly eastern bongo, homeless people were a citron-crested cockatoo; Jesus, we’d have things humming along perfectly in no time,” offered the public.

“Fuck it, we thought this was the sort of gesture that would distract from all that,” confirmed a spokesperson for the Department of Empty Gestures & Easy PR Wins.