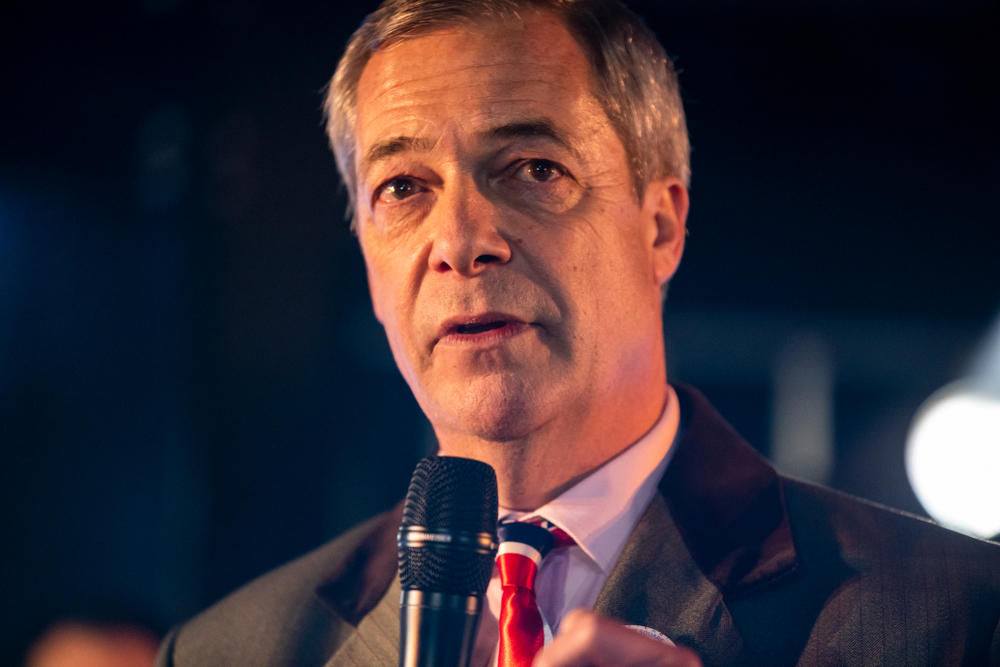 NIGEL FARAGE has launched an ‘anti-lockdown’ political party after becoming enraged at the government of a sovereign Britain, no longer under EU bendy banana tyranny, using its taken back control to attempt to control the dangerous spread of a pandemic.

“The control we wanted to take back wasn’t meant to be this controlling, I’m taken aback” confirmed former UKIP, Reform, Brexit parties founder and Leave snake oil salesman Nigel Farage as he launched his new Another Way For Me To Make Money Out Of You Idiots party.

“Lockdown is an overreaction,” Farage explained by way of criticing the decision of Boris Johnson’s inept government to enter lockdown weeks after consistently ignoring expert advice.

“This is proof again that for the umpteenth time in recent years the British political system needs an overhaul and the only way to do that is for you ordinary people to give me money,” shared Farage, addressing a crowd that looked like rejects from Reich Said Fred.

“With Brexit we wanted the sort of unilateral control that would let us lower the food safety standards of the country and the ability to cheer when migrants drown at sea or clap when the government votes to make sure starving children go without food. To limit the civil liberties of ‘them’ not to unilaterally shutdown the country with the aim of actually saving and protecting lives. We might as well still be in the EU!”

“What we need is people gathering in big crowds waving Union Jacks, dressed as giant poppies, telling a virus to ‘come and have a go if you think you’re hard enough’ as we defiantly cough into our pints exactly as we did during the Blitz” added Farage.