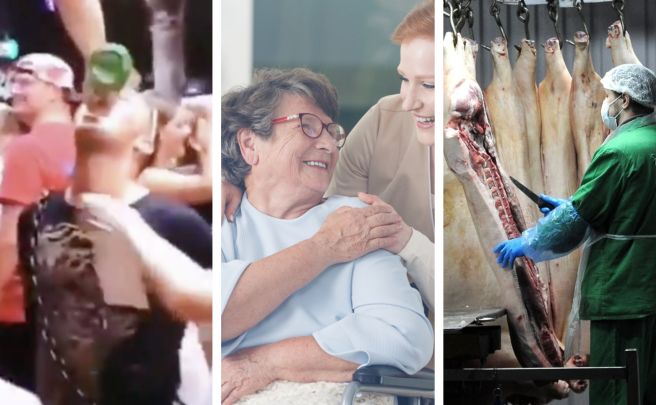 WITH some truly unhinged people demanding more answers about the spread of Covid-19 cases in meat factories and Direct Provision centres, it has never been more important to distract the public with some scapegoats that takes the heat of real people who shouldn’t have to answer to the likes of you.

WWN has partnered with the government to better guide anger towards scapegoats of their choosing as part of Operation Blame Game.

WWN saves you the time of having to wade through the news and familiarise yourself with the facts, here’s who to blame even though, as the government has previously stated, it’s not doing the whole blame game thing wink wink:

Young people, exclusively just young people and no one else

It’s important to remember 12 in every 10 young persons in Ireland is currently at a boozy brunch dry humping dry coughs while doing a karaoke duet of Mr Brightside with Covid-19.

Famously young people do not work in healthcare. Do not work in the services industry or any profession that could be classed as an essential job. Selfish-only-think-of-themselves-ingrates.

Isn’t that just another lazy term for young people? You fucking bet it is!

Unelected so-in-sos. Whatever you do don’t let your brain remind itself NPHET only offer their independent expertise and it is ultimately up to politicians to make the decisions and form policy. What does NPHET stand for anyway? Is it an anagram for Bill Gates 5G Vaccines? Probably.

We’re not proud of this, but Jesus it’s a popular choice.

You, who stopped giving a shit about this bollocks because it’s fucking draining at the end of the day, and upon reflection, fuck old and vulnerable people, they’ve had a good run

Woah, let’s not go rushing to blame people. This sort of toxic environment isn’t getting us anywhere.

UPDATE: In lieu of constructive measures they could avoid clusters such as ensuring sick pay for low income contract workers who work in places like meat factories, the government will be back with more scapegoats tomorrow.