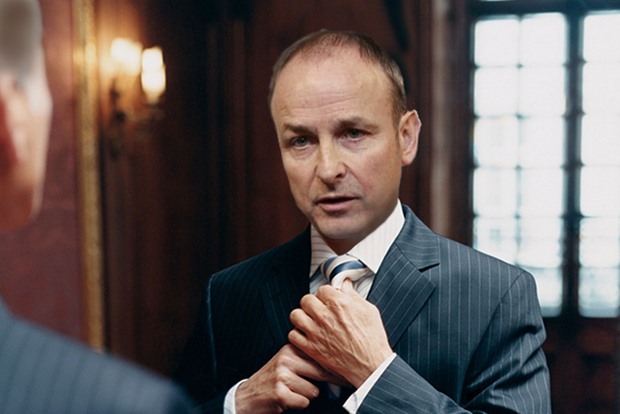 AS HE AWAITS the members of Fianna Fáil, Fine Gael and the Green Party to vote and rubber stamp entering into a three-way coalition government, Fianna Fáil leader Micheál Martin is to spend the morning in a trance like state saying ‘Taoiseach Martin’ in a variety of tones and intonations, over and over again.

“T’seach Martin, Teeeeee-shuck Martin, Teese-ach Mar-teeeen,” Martin repeated, trying the title on for size and talking in a fashion that seemed like he was trying to seduce himself.

Giddy at the thought of all his years in Fianna Fáil trying to pretend like he wasn’t serving with the party at a time of rampant corruption was worth it, Martin straightened his tie and played out various scenarios he’d hope to be part of as Taoiseach.

“Yes, prematurely draw down your pension to pay for this €380,000 affordable home. No, we don’t call it austerity anymore. No, those climate targets don’t have to be met until 2093,” Martin said answering imaginary questions he posed himself.

However, despite Martin’s optimistic playacting, it is not a foregone conclusion that a government will be formed with Fianna Fáil’s Éamon Ó Cuív claiming that going into government could ruin the party’s good standing with the public, seemingly forgetting the financial crash, TDs objection to gay marriage and abortion, and the fact the public would prefer gonorrhea to a Fianna Fáil government.