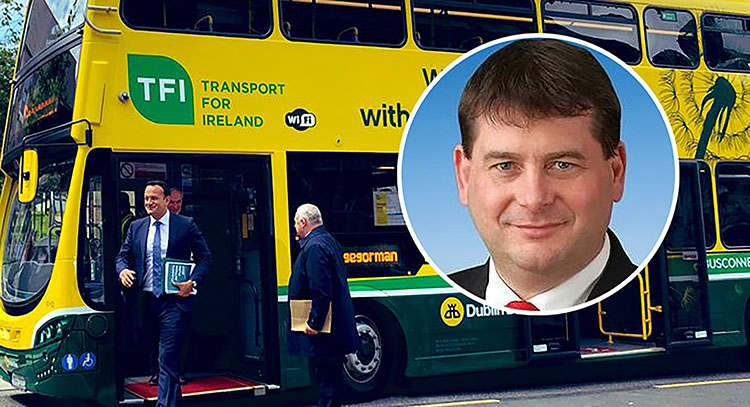 THE TAOISEACH has cleared his schedule today in an apparent bid to find a bus with the right specifications that make it ideal for throwing Fine Gael members under once they’re no longer any use to him.

“Now, would this model be good for several throwings? I’ve a few Murphys giving me trouble. I don’t even have to drive it, I’ll get Paschal to do it,” Varadkar queried as he engaged with car salespeople on a number of forecourts and in showrooms.

While it’s not thought the Taoiseach had any issue with Fine Gael TD Dara Murphy spending the bare minimum time in the Dáil, double-jobbing with his Brussels based position with the EPP and claiming huge expenses, it is believed he may throw him under the bus once it starts to damage his own reputation.

“It’s weird Leo only called into me now, surely he knows Dara only turned up 120 days last year while claiming full expense of €51,000, but now that the public is also aware of that fact, he suddenly rediscovered his sense of what is right, moral and decent public servant behavior,” shared one bus salesman as he watched Varadkar test-drive a 4-tonne bus at speed over a crash test dummy, before deciding to gouge him on the price.