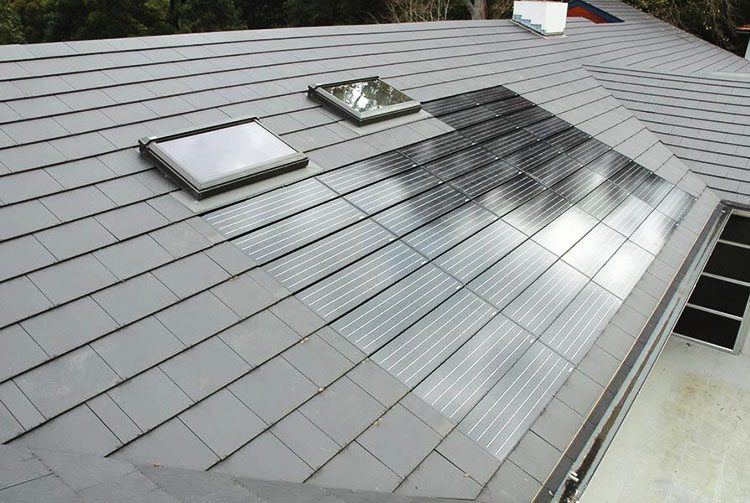 FERGUS Fennell, a right busy body and resident of Waterford estate Oak Grove has got to be taking the fucking piss with his new solar panel tiles, his neighbours have confirmed to WWN.

“Ah, Jesus, he’s embarrassing himself there now Eileen, he’s the hard hat on and everything,” James Cullen, Fennell’s neighbour of 12 years, shared with his wife as he witnessed workers climb a ladder to his roof.

Fennell, a 39-year-old geography teacher, is almost certainly taking the complete fucking piss if resident’s reports are to be believed as it is claimed he can’t be saving that much money on his electricity bill by installing solar tiles.

“Sure, we get no sun. Mairead, did you hear me? We’ve no sun in Ireland anyway, what’s he thinking at all, the great big eejit,” Colin Dermody, another resident said of Fennell’s installation which is no way viewed by his neighbours as a challenge to their masculinity and DIY skills.

The anger and frustration of the Oak Grove community was further escalated by the rumour that Fennell is set to save as much as 50% on their annual energy bill thanks to the newly installed solar panel tiles, averaging around €600 per year.

“You know, I’ve a right mind to take the ladder away and teach the prick a lesson. Anna, did you hear what I said? Are you listening at all?” Eoin Colgan, neighbour to Fennell, could be heard shouting from behind his sitting room curtains as he peered out suspiciously at Fennell taking the piss.

Several residents are expected to attempt to break the solar tiles after they discover Fennell also received a government grant of €4,000 to install them, the bollocks.