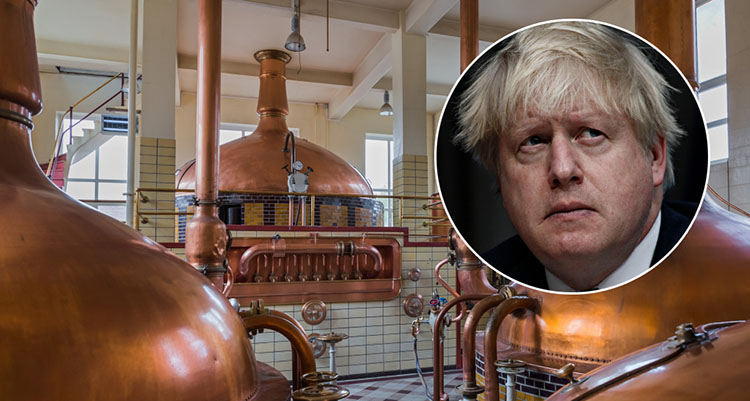 THE Supreme Court ruling surrounding the illegality of the Tory government’s suspension of parliament has hit Boris Johnson hard today, but sources close to Downing Street have said that the PM is taking solace in the fact that Friday night’s carefully-planned drinking session in a brewery will surely lift his spirits.

“We’ve been ordered back to work immediately, which is really going to complicate Boris’s plans for Brexit, whatever they were” sighed Michael Gove outside Johnson’s office, as audible weeping filled the halls.

“But look, we’ve got this piss-up to lighten the mood. It’s going to be great. Boris gave us the go-ahead, and I think Rees-Mogg is going to do a wonderful job organising it”.

As the Prime Minister continued to wail in his office, Jacob Rees-Mogg gave his thoughts on the matter.

“I really can’t wait to see what Gove has planned for us in the brewery” he said, cleaning his monicle, “we’ve had a hell of a time lately, but I’ve every faith that Gove has organised a great night for us”.

[Update: WWN contacted the brewery for details only to be told that no such booking is in place, nor have they heard anything about it. Nevertheless, Boris Johnson has promised a strong and stable night out for everyone, even the DUP if they play their cards right].