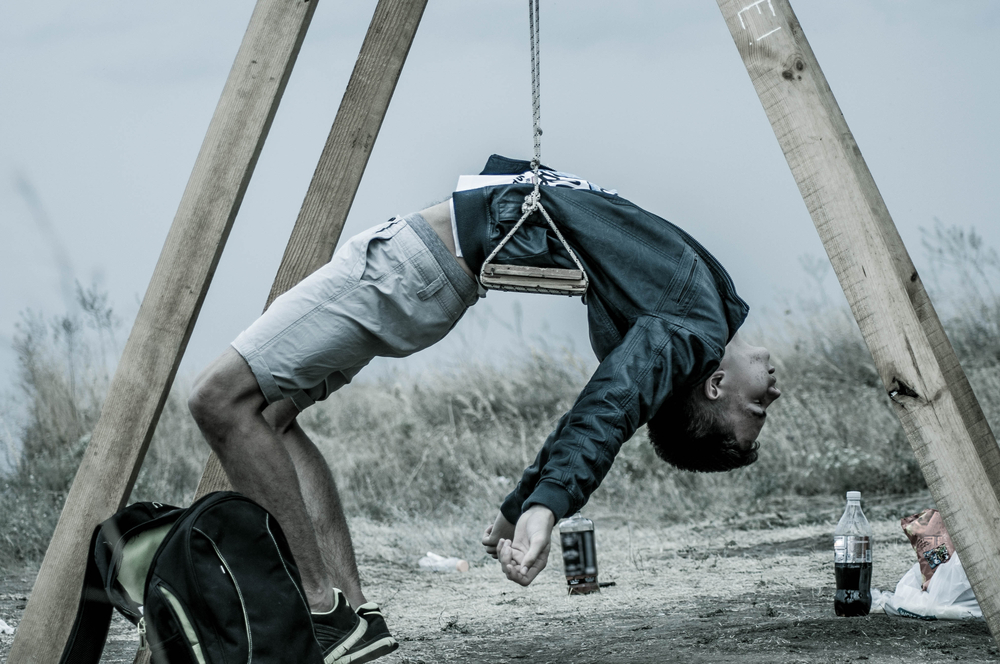 WITH controversial swinger Maria Bailey losing her €9,500 seat as chair of an Oireachtas committee as punishment for her misguided compensation case against the Dean Hotel, we at WWN would like to take a moment to look at the matter from Bailey’s point of view.

Bailey has stuck to her guns by claiming that the swing at the Dean Hotel was unsafe and therefore she was entitled to make her compensation claim, despite being laughed at for a long period of time by the Dean Hotel, the opposition, her own party and indeed the country at large… but is she right?

Not seeing any other way to put this issue to bed, WWN got shitfaced and headed to some local swings to see just how dangerous these things are:

With a half a naggin inside us, we headed to the swings in the playground across the road from WWN Towers. As grown adults, we found ourselves struggling to fit into the little cage things on the swing, before realising that we were attempting to get into the toddlers swings instead of the bigger ones. After chasing some teenagers with threats of violence, we sat on the swing with a bottle in each hand, and managed to escape unscathed.

2) Playground up the road somewhere, not sure where, Waterford City

After sinking more drink, we moved to another playground… not quite sure where. This time, we found it more difficult to remain safely seated on the swing; it was almost as if an invisible but powerful force was attempting to draw our bodies down to the ground at a rate of 9.8m/s. If only there were some explanation as to how we were unable to sit on the swing with a bottle in each hand. We are beginning to think perhaps Ms. Bailey was wronged by the state.

Well into what ended up as a two-day bender, we found our third swing, a tire tied to a tree somewhere in town? In the country? Did we find it, or steal a tire and tie it up? Either way, this was the most dangerous swing yet. We could barely stay on it. Do not approach this swing, sober or drunk. It is a menace to the good people of Waterford and we demand compensation.

We’re not sure how we got here, but we’re here. The place where it all started, the place where Irish politics finally died. We demand to have a go on the swings, but the bouncers tell us we’re too drunk to enter the hotel. “For Maria!” we scream, rushing the door, before everything turns dark and quiet.