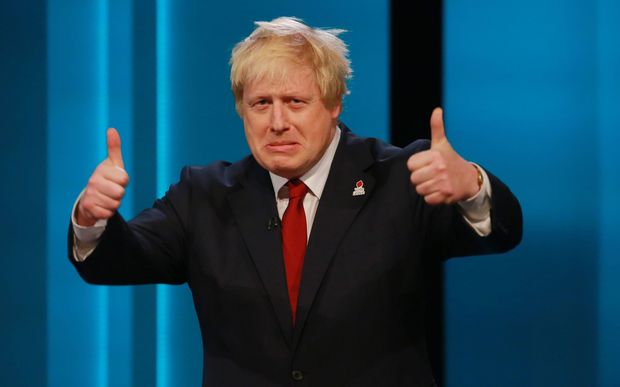 CASTING aside his larger than life personality, his Eton-honed quirks, his Oxford-perfected bluster, his train wreck of a personal life, his black hole of a track record – Boris Johnson is running for PM and deserves to have his ideas and policies appraised.

It is incumbent on journalists and media outlets to appraise his plans and policies in a dedicated, purposeful and unbiased manner. And okay, ‘black hole of a track record’ is a bit unfair, but he has more dodgy lies than a fairway on a links golf course.

However, it turns out he has no plans whatsoever even though he is the overwhelming favourite to be installed in No. 10 as overwhelmed Theresa May’s underwhelming successor.

Honestly we double checked. It’s a shame really, we had the good grace to set aside a morning and afternoon, giving Johnson the benefit of the doubt and respectfully thinking all that heavily researched policy would need to be gone over with a fine tooth comb.

It was nice out so we decided since we had blocked off all this time, why not enjoy it, ya know? We grabbed an ice cream, 99 flake, hundreds and thousands. The works. There’s nothing like that joyous rush when an aftertoon opens up in front of you when you’ve got nothing but free time and the sense you owe nothing to no one, no sense of obligation. In a strange way we began to feel we knew what it was like to be Boris Johnson.

Went for a walk by the canal. It was a bit warm so naturally had to cool ourselves with a cold pint in a beer garden. God, to think we had completely different expectations for the day when we woke up.

Fuck it, will we go to the cinema? See Toy Story 4? Can’t remember the last time I went to the cinema on a weekday afternoon. This is the fucking life.