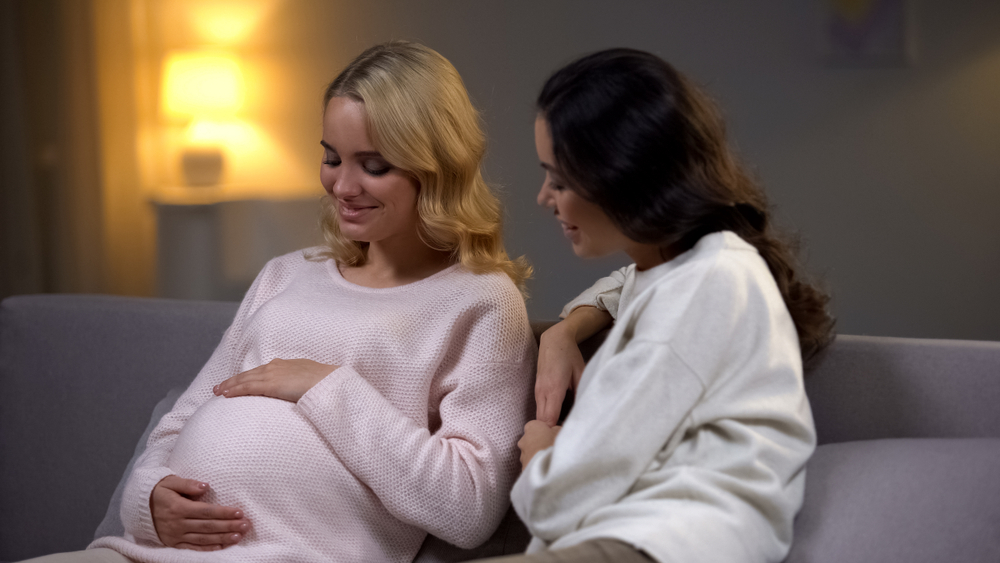 A LOCAL Dublin woman has surprised herself with the number of times she has sincerely stated she hopes the child currently growing inside her is a boy “because, let’s be honest, women have an awful fucking time of it”.

Rachel O’Hara (29) wearily shared the throwaway observation with her friends who nodded and acknowledged O’Hara’s words with a collective sigh which turned to awkward laughter as they tried to diffuse the harsh reality of the statement or examine it any further for fear it might severely depress them all.

“Don’t get me wrong, obviously just want a healthy baby above all else but if it’s a girl… have you read the fucking news lately? As in any day since we were all old enough to read? What society does to women,” O’Hara added, unwittingly echoing words her mother, grandmother and great-grandmother uttered generations ago when they were pregnant themselves.

In an attempt to puncture the tension that now engulfed the women meant to be enjoying a catch up, one of O’Hara’s friends reiterated “but yeah, Jesus, boys just do have it easier don’t they” and was met with a chorus of ‘yeah’ which slowly trailed off.

“Ah, but the little wee dresses if she is a girl,” chimed in another friend, sparking smiles and rescuing them all from having to reconcile with their belief that as optimistic as they are it is not going to be any easier for the next generation of women.

O’Hara decided to keep the nagging thought to herself that if she were to have a son she desperately hoped he wouldn’t grow up to be one of those men.