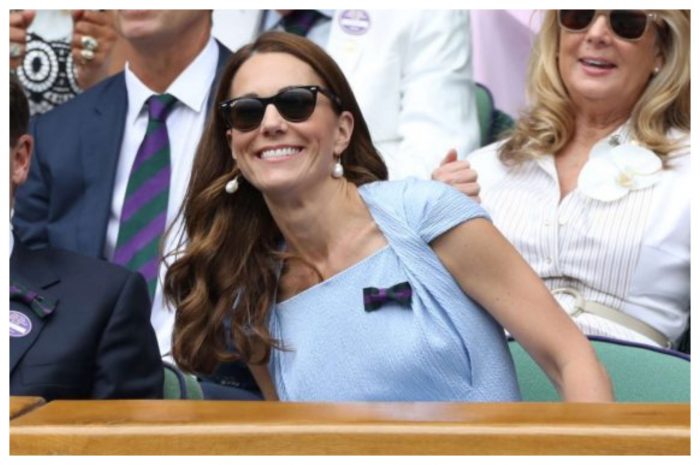 THE BBC has come under sustained criticism for frequently cutting from their live coverage of Kate Middleton simply existing to instead showing a meritless game of tennis between two random men.

Viewers were left frustrated after the two men insisted on hitting a few balls around a tennis court for 4 hours and 57 minutes, getting in the way of cameras picking up on Middleton smiling, wearing shades, sitting, breathing and wearing a lovely dress with her long and full locks on full display.

The broadcaster has apologised for the error in judgement and vowed to tighten protocols around the filming of female royals when sport is ongoing.

“We felt the 10,000 plus separate occasions we cut to a close up of Kate, that would be deemed enough but judging by the pitchfork wiedling crowd outside my office we were wrong,” the BBC’s head of something called ‘Wimbledon coverage’ told WWN.

Such was the appreciation of Middleton by the crowds within her vicinity and at home, spontaneous applause consistently broke out.

The two tennis playing men have yet to apologise for their ignorant interruptions but the Daily Mail has confirmed both of them are foreigners, which is typical.

At one point their playing became so annoying that Middleton herself descended the stairs from her seat to hand over expensive Royal family heirlooms made of silver and gold in exchange for the men agreeing to leave.