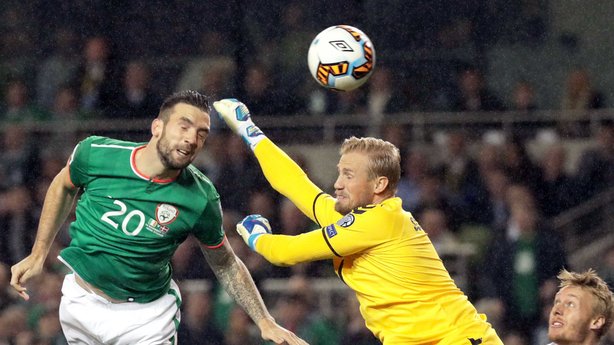 “NO, NOT those long ball fundamentalists again! They’re attacking football atheists,” cried out members of Denmark’s national team after learning that they will play familiar foes Ireland for what must be the 17th time this year alone.

Threatening to strangle themselves with with high vis training bibs while a holding football cone to their manager’s neck, the Danish team still carry with them the trauma of having to repeatedly play a defensively minded Irish team that seemingly hated self-expression and joy in recent years.

“Hey, hey, UEFA must be pretty easy to bribe still these days, why didn’t one of you FA clowns think of paying them off so we’d never have to sit through a game with Ireland again,” Christian Eriksen said, who didn’t fancy another evening of scoring for fun with 94% possession and a 107% pass completion rate.

Similarly Irish fans are sick of the sight of the Danish national team even though there’s a scintilla of renewed hope under Mick McCarthy.

“You know, you’ll think I’m going mad, but I’m not sure the first game against Denmark ever ended and we’re not just all stuck in this never-ending groundhog day loop of waking up to play them over and over again,” shared one Irish fan who just instinctively booked a flight to Copenhagen, having no recollection of how he arrived in Denmark today.

Under the new Nation’s League format and EURO 2020 qualifiers, fans across Europe have gotten to enjoy competitive and thrilling matches with the exception of Ireland.

“What? You thought you could inflict Trapattoni and latter day O’Neill era football on all of us and we wouldn’t seek vengence?” one UEFA executive asked Irish fans while swiveling around in his chair while stroking a cat.