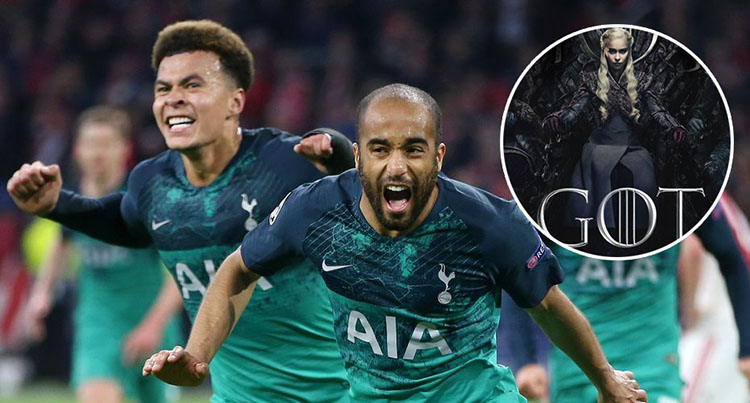 AFTER penning the compelling twists and turns of this season’s Champion’s League, the writer of the football epic has been parachuted in at the last minute to rewrite HBO’s Game of Thrones final outings.

Heart-stopping and ingenious outcomes no one saw coming in the Liverpool v Barcelona and Ajax v Spurs episodes have landed largely unknown writer Gary Tindall the chance to craft a satisfying ending for HBO’s popular fantasy.

“If anyone can do it, it’s that lad,” confirmed one TV viewer who cried when watching relatively new Champion’s League character Mauricio Pochettino drop to his knees in tears as Lucas Moura emerged from nowhere to slay Ajax with a hattrick.

Tindall first came to the attention of Hollywood after penning the Leicester season of the Premier League and is now taking his flair for white knuckle adrenaline rides with unbelievable outcomes and unlikely heroes to Game of Thrones, hoping to turnaround the mixed reviews season 8 has endured so far.

“A 4-0 to Liverpool? A 96th minute winner and hattrick from Lucas Moura? I would have said that sounded so ridiculous and shit, but somehow he makes it work perfectly. I’m glad he killed off that Ajax plot too, a team made of youngsters beating the rich elites? That’s a step too far,” added another football viewer.

Many people thought the Champion’s League had it best episodes behind it with the Man United v PSG game and the epic battles of Ajax against Real and Juve but with these latest episodes receiving a 9.9 rating on IMDB viewers are excitedly speculating on who will emerge with the crown after June the 1st’s finale.