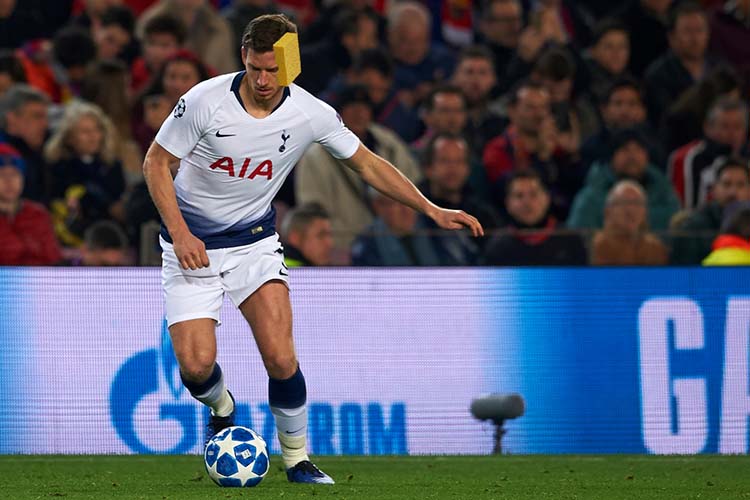 THE DISTRESSING SIGHT of Spurs stalwart Jan Vertonghen experiencing the effects of a concussion during last night’s Champion’s League clash were brought to an end after medical staff simply gave the magic yellow sponge a squeeze.

The intervention was all the more vital as football’s governing bodies remain willfully ignorant of the dangers and damage of concussions but thankfully the swift sponge squeeze brought an end to the anger and worry felt by onlooking fans.

“Imagine wasting time and money on enforcing new protocols, overseen by independent medical experts, which prioritised the health of players when all you really need is a sponge with a bit of water in it,” remarked one fan who was still a bit peeved by six seconds needlessly wasted by medical officials in assessing whether Vertonghen could return to the pitch.

Under current UEFA laws a potentially concussed player is assessed by a panel of ‘proper football hard men’ before they are allowed to return to the field of play. UEFA later confirmed any team looking to rush a player with a head injury back way to soon has their full support.

Longstanding calls for an overhaul in the way possible incidents of head injuries are treated have been irresponsibly endorsed by so-called ‘concussion experts’ who are only given that title because it is their field of expertise.