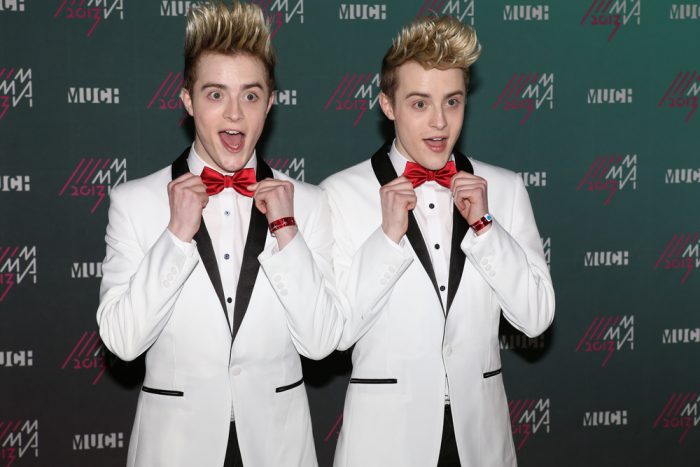 HOT on the heels of the overwhelmingly successful controversy drummed up by the previous edition of their flagship current affairs programme Primetime, RTÉ have confirmed Jedward will taking part in a debate on Brexit.

Facing off against a panel made up of an economics professor, trade expert, immigration lawyer and former EU Commission president, Jedward have been selected by the national broadcaster as the voice of the pro-Brexit side of the debate.

“As with all our current affairs programmes we try to bring together the leading voices with expert knowledge on issues and this coming episode is no different,” confirmed the RTÉ press office, defending its controversial decision to have Jedward on after their tweet which stated ‘Brexit is so awesome’ received some backlash.

In a preview clip sent out by RTÉ in a bid to drum up a feeling of your licence fee money being well spent, Jedward are seen talking to Brexit correspondent Tony Connelly on the Irish border.

Jedward will be in studio on the night and are believed to possess reasoned arguments over subjects ranging from customs checkpoints, the WTO, the inner workings of the British parliament and the Good Friday Agreement.

“We can all agree Fridays are good,” Jedward said, in another teaser clip.