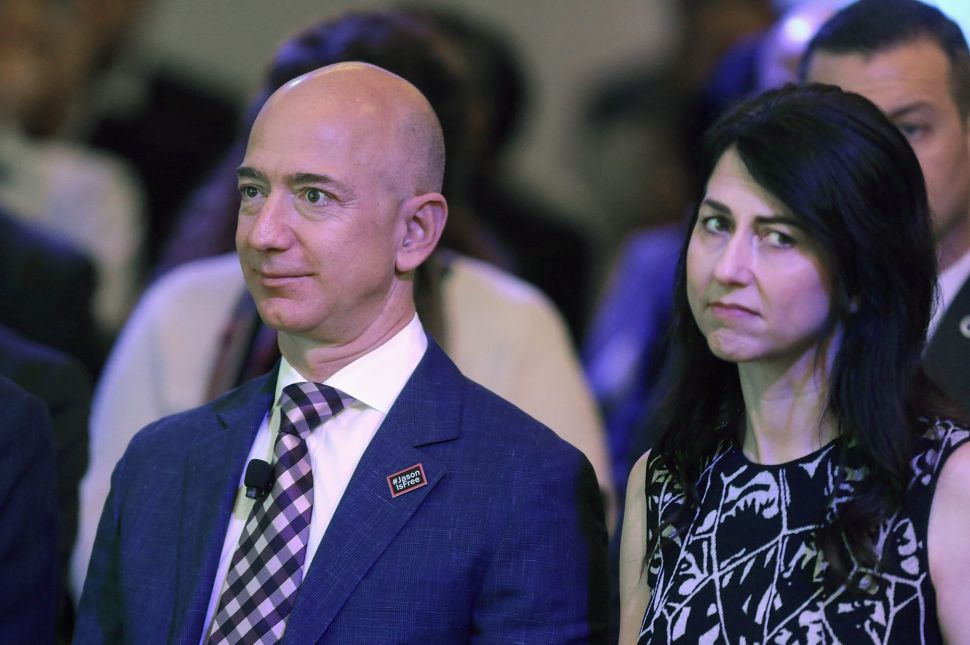 AMAZON founder and world’s richest person Jeff Bezos has been dealt a blow in his divorce proceedings with his wife of 25 years, WWN can reveal.

Initially touted as an amicable split between two people who will go their separate ways but remains friends, it now looks certain Jeff will have to hand over some prized possessions to his wife of 25 years, Mackenzie Bezos, after it emerged that, being a man of certain age he was most likely sending dicks pics to another woman.

Successfully keeping hold of soul destroying and horrid working conditions for his company’s workers who are overworked and exploited, which is viewed as Jeff’s most prized possession, has meant the man worth over $150 billion has had to fork over the Amazon rainforest.

Being the founder of Amazon, it will be a hammer blow to lose it but Jeff also has to contend with other concessions according to some divorce insiders.

“It’s the most expensive divorce of all time and Mr. Bezos isn’t having it all his own way. He’s lost the kitchen cutlery they used for special occasions, the Nespresso machine, the Frozen movie fridge magnet, the good umbrella (the red one that doesn’t fold up in the wind), it’s all her’s now,” confirmed the insider.

The transfer of the Amazon into Mackenzie Bezos’ possession will be done by same day delivery so she has been braced to expect the rainforest to sit idling in a distribution centre for weeks before finally arriving.