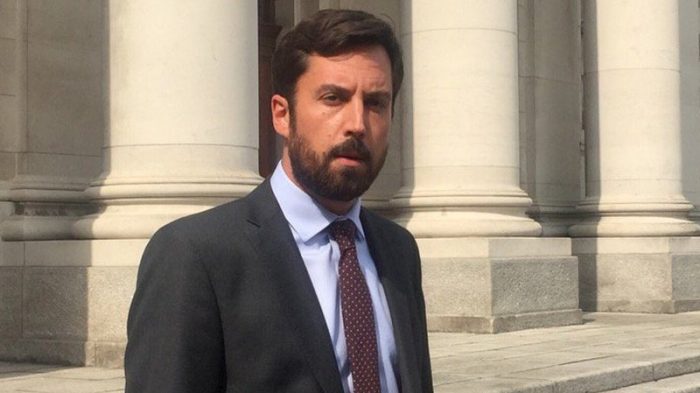 USING the one unpopped party popper left over from an epic Budget 2019 Festival, the government quietly celebrated missing yet another housing target, careful to do so in an unused meeting room in Leinster House while no one was looking.

Fresh off announcing a whole host of new funding for social housing to large self-generated applause, the government was less keen to celebrated the fact that almost all the new build housing targets outlined in last year’s budget were not even close to being met.

“How many is that now?” queried Minister for Housing Eoghan Murphy, who is just one missed target stamp away from getting a free Frappuccino in the Dáil canteen.

Removing excess confetti exploded out by the single party popper from his hair Minister Murphy went on to explain that missed targets aren’t a problem as long as no one finds about them.

“No, it’s true, what’s really important in government is to make big announcements, the less important side of things is actually following through on those,” explained Murphy’s assistant who was busy booking a fighter jet to spell out ‘totes no more homeless’ in smoke in the sky over Dublin this weekend.

Elsewhere, the Taoiseach was hiding away in a secret laboratory trying to reanimate the dead corpse of the government after losing yet another Dáil vote in the shape of newly resigned Minister for Communications, Denis Naughten.