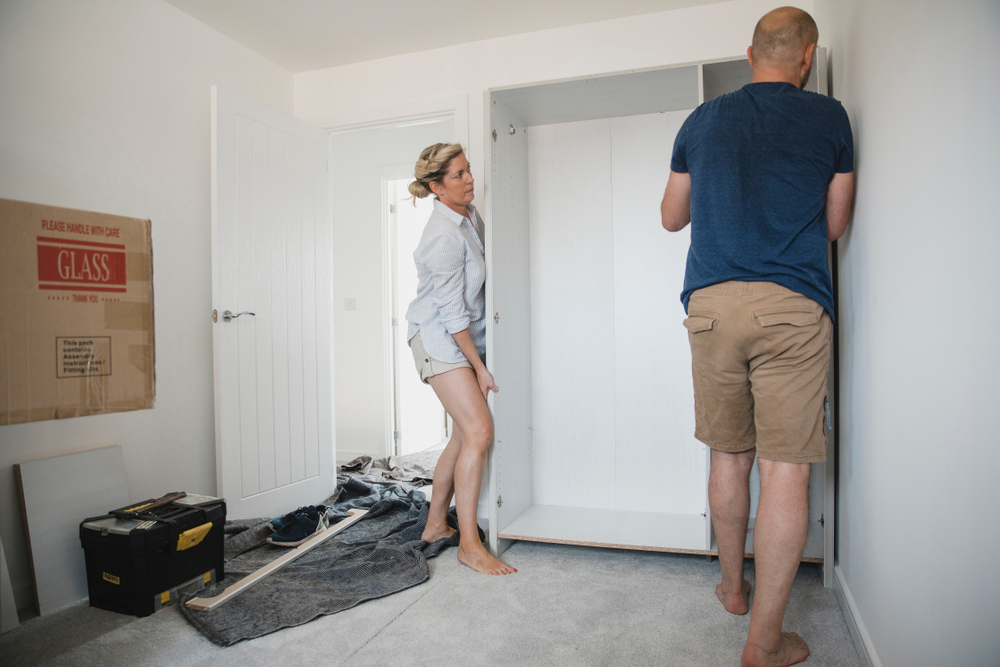 THE Dublin branch of Swedish furniture and lifestyle store Ikea has celebrated its one millionth blazing row between a couple as they pick out what would go best in their house, WWN can reveal.

Michael Williams and his girlfriend Charlene Harris had a five-alarm meltdown in the ‘bathroom solutions’ aisle in a tiff over why they needed to buy a new shower caddy for holding soaps and gels if Williams was just going to ‘throw everything at his hole’.

The ferocious row became the one millionth kick-off in the Dublin store since it opened in July of 2009, and Williams and Harris continued to snipe at each other despite the explosion of cönfetti cannons and ballööns that cascaded around them as ‘Celebrate’ by Kool & The Gang blared over the speaker system.

“Whatever we’ve won, she’ll waste it one some stupid shit that I’ll have to spend a weekend putting together,” moaned Michael Williams, storming outside for a smœke.

“Half the stuff he puts together falls apart anyway, and he can fuck off if he thinks he’s getting a bag of Daims after this,” hissed Charlene Harris, sitting on a display sofa having a good old fume.

Meanwhile, a spokesperson for Ikea has stated the company is very open to arguments between same-sex couples, married couples, couples in polygamous relationships, and people arguing with themselves.