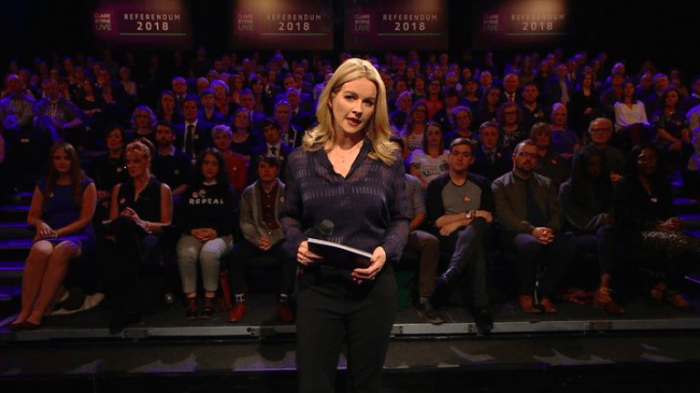 UNIVERSALLY recognised as a safe pair of hands when it comes to hosting and running a debate on contentious issues, RTÉ has been handed the chance to plan a respectful debate on the most divisive issue of the day for next week’s Claire Byrne Live show.

If you use the internet, thanks to a number of online publishers desperate for your clicks, you will be aware of a piece of audio which depending on how you hear it can either sound like ‘Yanny’ or ‘Laurel’.

In a bid to allow a platform for a respectful debate, RTÉ, fresh from hosting a car crash of a shouting match on the upcoming referendum on the repeal of the 8th amendment, will host an evenhanded, levelheaded discussion on the subject.

“We’re going to have the expert Dr. Alvin Hamlin, a professor of speech, language, and hearing sciences on the panel for the Yanny side and then we’ll have someone who’s just there to purposefully confuse the audience at home with misleading and disingenuous arguments on the Laurel side,” explained one RTÉ insider, who can’t see how this could become a problem once they go live.

Those who fear that the presence of a studio audience could create a hostile atmosphere which would be profoundly hurtful and upsetting to a number of deaf people, people with hearing aids or difficulty hearing have been reassured by RTÉ that such fears are unfounded.

“Don’t be silly, all those people will invited to the studio and they will ignored when they want to make a point, and we’ll just give the microphone to someone who has no experience of such things so they can shout for a minute or two, with none of their false statements challenged” the RTÉ insider explained.

In keeping with the format of RTÉ debates, anyone who lands a blow on the hearing impaired or anyone affected by such issues in the past will be rewarded with a massive round of hooping and hollering, with some laughter thrown in for good, respectful measure.

Make sure to check back later when we’ll have an article of people’s tweets about the debate, made solely so we can monetise your outrage and frustration.