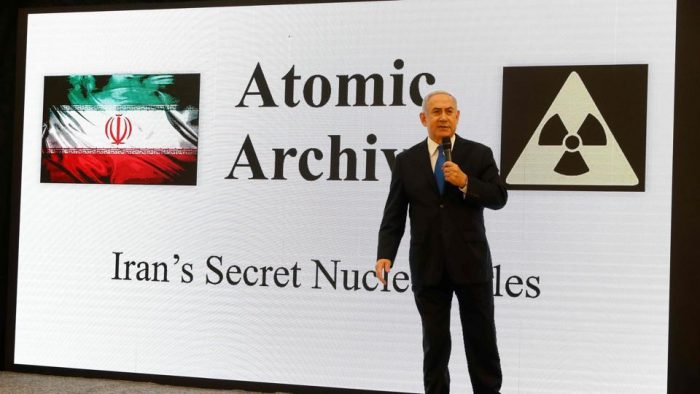 IRASCIBLE Israeli prime minister Benjamin Netanyahu is itchin’ to do some bombin’ according to sources, with reports coming in that if he doesn’t bomb Iran soon, he’ll ‘do the fucking bop altogether’.

Keeping a low profile after international condemnation for an assault on Palestinian protestors last month, the Israeli premier turned his attention to Iran with a shocking revelation that suggested that Iranians had falsified details of its nuclear program, adding that he had ‘proof those bastards are up to something’.

With a cache of really cool bombs just waiting to be dropped on someone, experts in the region have suggested that it’s only a matter of time before Netanyahu starts laying the groundwork for an assault on Iran, citing the classic ‘weapons of mass destruction’ line as being ‘all the proof he needs’.

“Telling the world that your troublesome neighbour may have a secret stash of nuclear missiles… that’s bombin’ talk right there” said a spokesperson for the UN, powerless to stop any shit kicking off.

Hopes were raised that cool heads would prevail in the region and conflict could be averted were dashed after the UN confirmed that ‘we’ve been down this road before, and we all know how it ends’.