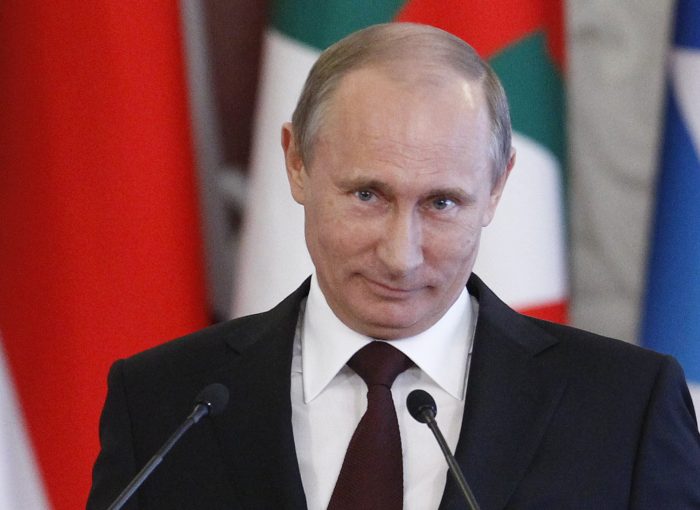 MAGNANIMOUS Russian leader for life Vladimir Putin has rewarded citizens who didn’t vote for him in the recent Russian election with free trains tickets, a charitable and generous offer praised by the 76.3% of people who voted for the 65-year-old.

Those 23.3% of the Russian electorate misguided enough to have voted for other candidates might have feared some sort of the repercussions for their democratic actions, however, many of them woke up this morning to find they had won a free trip to Siberia.

Such was the excitement surrounding Putin’s kind gift, those employed to deliver the tickets to the voters’ homes knocked front doors down with battering rams demanding to know the identity of the lucky, lucky winners.

“It is so horrible to hear people jump to conclusions about Siberia. The connotations might be ‘prison’, ‘death camps’ but these lucky people will be getting to enjoy the sights in Novosibirsk, lounging by the Ob river. The western media hysteria is typical of what we’ve come to expect,” Putin explained in address to those expressing worry at news of the mandatory free trip.

Relieved to learn the gesture was genuine, the 23% of voters who chose one of 7 other candidates for president began packing suitcases they won’t need.

Voters demanding an investigation into the election and a possible recount have been warned that their continued interest in free and fair elections might see them lucky enough to have their friends and family join them in Siberia.