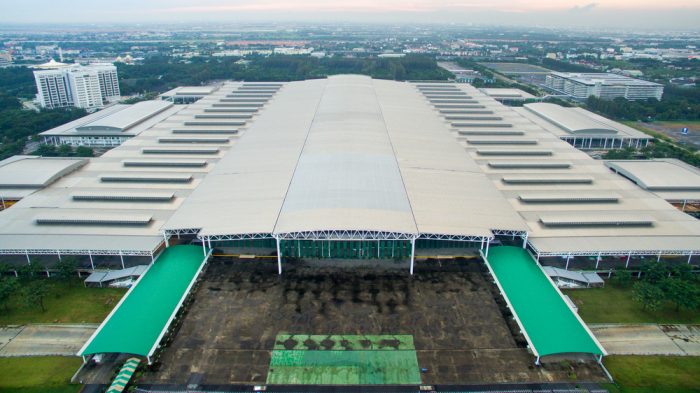 AS A direct result of the Oireachtas Committee on the 8th Amendment’s decision to recommend a referendum be held on the complete repeal of the 8th amendment, Ireland’s underground network of blood thirsty feminists have opened the country’s first abortion factory, with no one interrupting this sentence to deny it is the first of millions of factories.

What had been promised in the wake of recommendations from the Citizens Assembly has come to fruition with the opening of a large scale ‘abortion factory’, opening adjacent to the Poolbeg Incinerator in Dublin, the very thing pro-life committee members warned would happen.

Despite endless warnings from concerned groups and individuals, Ireland’s first abortion factory is set to open and will do so without any planning permission, and even more shockingly there will be a non-conservative dress code.

Women, who can’t be trusted, began queuing at 5am this morning to avail of the services provided by abortion fanatics who were flown into Ireland from America by a shadowy network of liberal women, some of whom may be gay to boot. The fanatics are set to be paid billions of euro for each abortion, and are believed to have aborted children as old as 56.

“Pro lifers can complain and act surprised all they want, but this was secretly what we wanted all along,” explained a woman, who has one of those haircuts, “when we said a woman should have the right to choose, you were right, we secretly meant we’d construct abortion factories”.

The industrial abortion factory is the set to become Ireland’s largest factory upon its official opening in just a few minutes time. Operating 381 days a year, 27 hours a day, with a staff of 4,000 doctors and 8,000 nurses on hand at all times to help enable Irish women’s insatiable desire to become pregnant on purpose and then terminate their pregnancies for only the most glib and shallow of reasons.

“There will be a ribbon cutting ceremony, and a fireworks display and a drug fuelled party which you will only be allowed attend if you read The Guardian and are wearing a black Abortion Factories Now Please jumper,” explained one staff member of the 300,000 square foot facility.

“This is a disgrace and everything outlined above is definitely happening,” confirmed Móanan Cullen, spokesperson for Fears Not Facts.