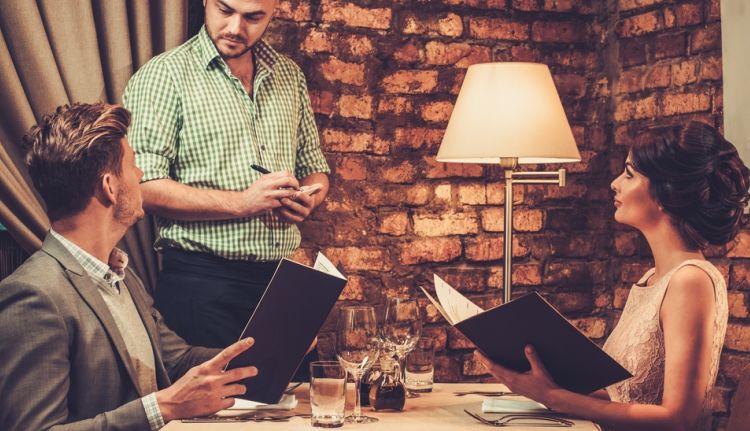 FIRST IMPRESSIONS are everything when it comes to online dating, but after you’ve made that all-important move of impressing someone by posing next to an adorable puppy you borrowed in a photo just so you would look good comes the small matter of the first date.

With near endless eateries offering an array of impressive dining experiences you’ll have to stand out from the crowd with your food knowledge, even if that means going a little too upmarket for your bank balance which is a few days shy of pay day.

Signing up for a discount code at a nice restaurant shouldn’t carry a stigma in the 21st century, it is a smart and cost effective decision taken by most tight arses who don’t want to spend any money but shockingly for some judgemental people it does carry that stigma.

WWN can guide you through the choppy waters of pulling off the greatest trick ever attempted; disguising the fact you’re paying for a meal with a 2-for-1 promotional voucher!

Impress your date with your sophisticated knowledge of trendy food culture

Tell your date the restaurant is trying something new which involves a hipstery practice known as ‘blind eating’, requiring them to wear a blindfold at all times, even after the meal is finished when you’re settling the bill.

Pretend to even more pretentious and snobby

That after dinner mint that came with the bill? Oh, that’s only meant to be consumed while blind folded AND simultaneously wearing ear muffs. This way, you can loudly tell your waiter ‘I have a discount code’ without fear your date will hear the devastatingly frugal truth. Not fully confident your date doesn’t have incredibly potent hearing? Give them headphones that play Metallica and confirm you are now both going to take part into something called ‘heavy metal eating’.

Now, with the discount code used and your date none the wiser, both of you can leave the restaurant happy and satisfied even if you are both covered head to toe in food due to the fact eating blinded folded is actually quite difficult.