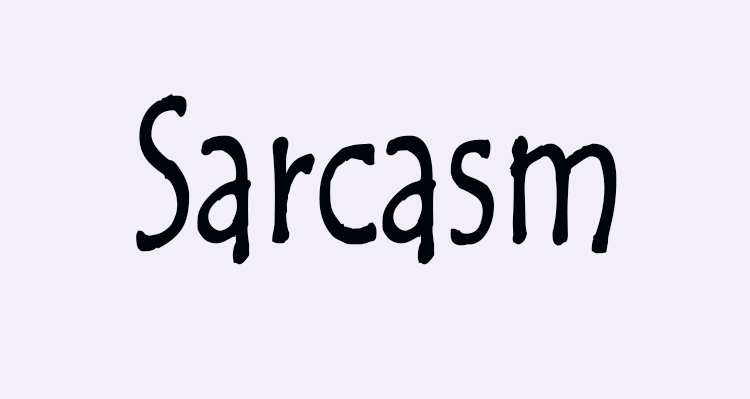 IN a rare example of online tech giants coming together to work on a joint venture, Facebook, Google, Apple and Microsoft have jointly unveiled a new ‘sarcasm font’ which will seek to resolve misunderstandings online.

The font which online users have already claimed is ‘a super, super good idea and NOT a waste of time or resources at all, honestly’ was rolled out worldwide at 9am this morning.

WWN got a sneak peak at the font earlier on in the week and we can confirm it is brilliant. Yeah, what a brilliant idea. Brilliant.

The cursive style font was designed by Apple’s Jonathan Ive and can be enacted by users in their online communications on Facebook, Twitter and Whatsapp and a host of other platforms by adding ‘/sarc/’ at the beginning and end of each sarcastic word, sentence or phrase.

“This revolutionises how bitchy and passive aggressive people can be online without fearing their pointed barbs are being misunderstood, and we here at Facebook are proud to share in this journey,” Facebook founder Mark Zuckerberg shared in a Facebook post written entirely in the new sarcasm font.

However, not everyone is happy about the development, with many internet users pointing out that the whole point of using sarcasm is to throw the recipient of the message into a swirling vortex of self doubt, owing to the fact they are not sure if the person is being serious or not.

“Where’s the fun in letting someone know you’re being a cynical and sarcastic prick,” observed one internet user.