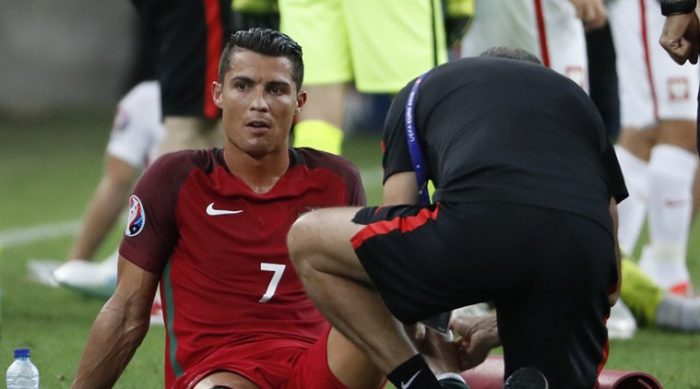 Today’s Euro Championships update sees us waving goodbye to Poland, and facing up to the very real prospect of Ronaldo’s ego swelling to the size of a small planet.

WITH Poland’s exit from the tournament, Ireland no longer has any teams they can make a loose claim to, in order to justify supporting them. Fans of football will now have to hitch their bandwagon to any remaining countries in the tournament that they have visited once upon a time as a child.

Ireland’s workforce has also been asked to be extra nice to all Polish coworkers today, which might even mean Irish people will have to bring an end to their tradition of letting their coworkers do all the work. Only for today though.

Scoring within the first 3 minutes of a Euro 2016 match has become this summer’s must have look, with Robert Lewandowski becoming the latest high profile name seen sporting the sexy number.

Renato Sanchez scored an impressive goal which has led Man United fans, whose club was linked with the player before he signed for Bayern Munich, to ask why their transfer policy seems to have been drawn up by a blind 2-year-old who is allergic to getting a deal done.

During a tense penalty shootout, Ronaldo had to be restrained several times as he attempted to take all five of Portugal’s penalty kicks.

It was a frustrating night for Cristiano Ronaldo as he squandered numerous chances, with his finishing not up to his usual very high standards. This led to calls by fans that the Portuguese star to be given help at team meal times in order to ensure he can actually finish his dinner.

Extra time was interrupted by a disgruntled fan who chose to invade the pitch as a protest to how the game became more boring than an episode of Nationwide focused solely on the art of watching paint dry.

Meanwhile on the punditry side of the tournament an increasingly confident co-commentator on TV3’s coverage of the tournament, Keith Andrews, has challenged RTÉ’s Brian Kerr to a ‘Dub-off’ live on air before the Euro final on the 10th of July.

Tonight sees Wales face off against Belgium, with a worrying development awaiting the Welsh if they win with the English public confirming they’re going to do that annoying thing they do with Scotland’s Andy Murray where they pretend he’s actually their property when he’s doing well.