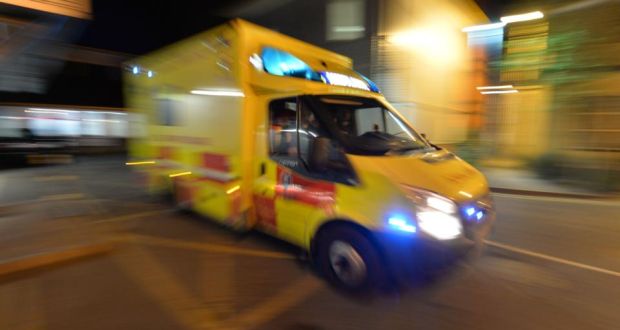 A SPOKEPERSON for St. John’s Ambulance service has reported a record number of broken hips, broken knees and widespread hearing damage among the 14,000 aging fans that attended the first leg of U2’s “Innocence + Experience” tour in the Three Arena last night.

Medical staff were on hand all night to help the fans, many of whom believed that they were actually still young, fit and able enough to attend rock concerts at their age.

Injuries began to pile up almost immediately after Bono and his crew took to the stage, with large portions of the crowd instantly regretting not staying at home and watching Vincent Browne with a nice cup of tea and a blanket over their lap.

“As the hits kept coming, the hips kept snapping,” said Malcolm O’Neill, who has never seen anything like it in his 30 years with the St. John’s Ambulance.

“We were carrying aul lads out of the stadium through every available exit. We had hundreds Zimmer frames set up and ready at the front, and every single one were in use by the end of the night. We’ve got three more nights of this to go… I’m not sure there’s enough replacement hip joints in the country to go around”.

The members of U2 themselves showed the effects of their near-40 year career at times, as they blasted through their greatest hits as well as some songs nobody really likes.