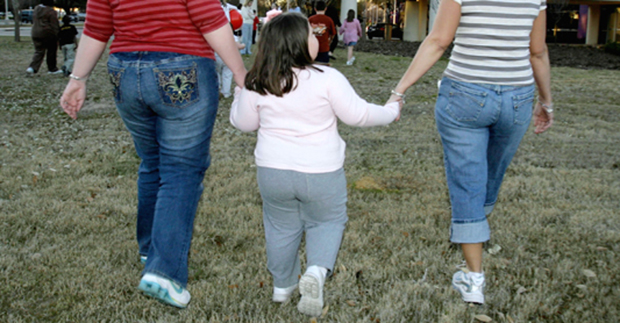 A GROUP of concerned Wicklow parents has urged fast food giant McDonald’s to open a new outlet a little further away than initially planned, which is set to be built just 100 metres from a number of local schools, echoing similar calls from parents nationwide.

McDonald’s predatory tactics of forcing parents to bring their children to their outlets is seen as a contributory factor to the growing obesity rate in Ireland, alongside similar fast food competitors.

“Oh, we want them to build it, we’re not against that, Christ, where else would I go when they’re acting up and I need to placate them?” Fionnuala Jennings, concerned parent told WWN.

“If they could just open it up an additional 100 metres or so away, it’s just my youngest is obese and could do with the extra exercise,” Jennings confirmed of her 12 stone 4-year-old Sean, who like much of Ireland’s youth has only himself to blame for getting in the state he’s in.

“The lazy shit is just made of circle shapes at this stage,” the mother conceded.

A report collated by CPFLFC (Concerned Parents For Less Fat Children) suggests that if children were to walk an average of 8 miles to their nearest McDonald’s they would almost cancel out all the damage fast food can do to them and their health.

“On the face of it, we’ve only McDonald’s to blame haven’t we? I floated the ideas of treadmills while you wait for your order, but I was laughed out of it, but I stand by it,” another concerned parent Bernard O’Neill told WWN.

CPFLFC listed a number of additional positives in their report, such as the sight of 45 stone 3-year-olds struggling to walk was a highly amusing sight to passing commuters.