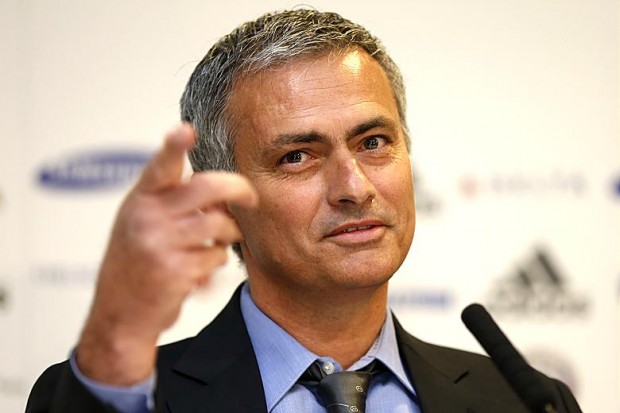 CHELSEA’S car crash season continued apace last night after Jose Mourinho’s men lost away to Porto, the club where he first made his name and etched it into footballing history.

Mourinho has used a baffling array of excuses in an effort to distract from the London club’s disastrous start to the season, but last night the Portuguese man made a startling confession.

“It’s true, maybe I get bored after last season, maybe I need real challenge, so I ‘mindgame’ myself,” Mourinho shared with the press after his side’s 2-1 loss, seeming to confirm the suspicion that he feels no one is as good as he is.

The 52-year-old’s omission that he has been ‘mindgaming’ himself comes after years of artful trolling of opponents, which has seen him vanquish countless foes with the use of infuriating quips and blatant untruths as well as the odd eye gouge.

In post and pre match press conferences, Mourinho often goaded rivals as part of his mind games which left many distracted, frustrated and ultimately defeated.

“I started playing mind games on myself in pre-season, I say to myself in mirror, ‘Jose, give players extra time off, come back late to pre-season’. I laughed too, I tricked myself there, I am a genius at mind games,” Mourinho said, allowing the media an insight to his side’s sluggish start to the season.

“But, I realised I was getting upperhand on myself when I say ‘hey Jose, keep playing Ivanovic, it will be hilarious’,” Mourinho added, confirming he has fallen too hard into the mentally taxing world of playing mind games.

Mourinho admitted that he no longer trusted the advice he gives himself in the mirror in the morning and so no longer follows it, but added that maybe that is exactly what he wanted himself to do, so decided instead to follow the advice, but additionally maybe this was another mind game trap he had laid out for himself.