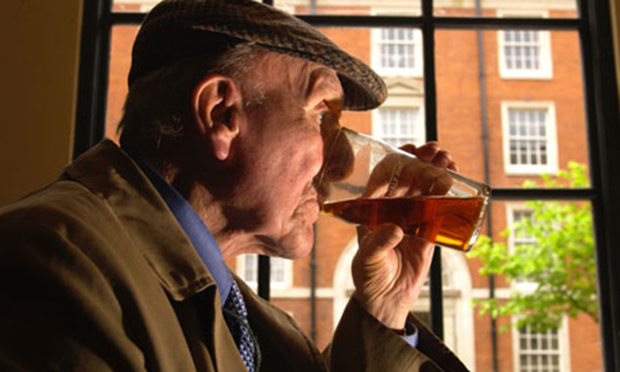 IRELAND’s pubs have reported a dramatic shortage of old lads at the end of bars, putting the future of the Irish pub in peril.

“An old lad at the bar is like a quality assurance mark, if you walk in and see him at the bar, then you know you’re in a right decent pub, ya know. Without it now people walk in, spot there’s no old man and walk back out,” distressed pub owner Michael Lafferty told WWN.

Old lads at the bar have been an essential part of the pub industry since the first pub was established in 4000 BC in Kerry, with their shortage taking everyone by surprise and serving as a huge blow to the industry.

“I wish I had an explanation, I’ve thought long and hard about it. It’s either people are getting younger or old lads are dying, or a bit of both,” Minister for Tourism Paschal Donohoe offered at an emergency meeting attended by publicans.

The most famous feature of Irish pubs often took on several roles at once, enhancing the allure of the common drink hole.

“My one was called Mick,” explained an emotional publican Eoin Fallon to a packed room, “he was a storyteller, groper of woman, counsellor to young men who didn’t ask for the lecture, drinker of half finished pints. Do you know how much money it would cost to actually pay someone to do all this?” Fallon added to an ashen faced Minister Donohoe.

The Government has announced a nationwide search for ‘new’ old men, but early responses have not been encouraging.

“We’re hearing from lads in their 30s, but they just don’t have the experience,” Davey Youngs, head of the recruitment drive revealed, “their stories don’t last long enough, they don’t lose their way halfway through and in the end the stories actually make sense. Frankly, it’s a disaster.”

If you are over 65 and would like to fill one of the vacant roles be sure to pop along to the open day on this Saturday in the RDS in Dublin.