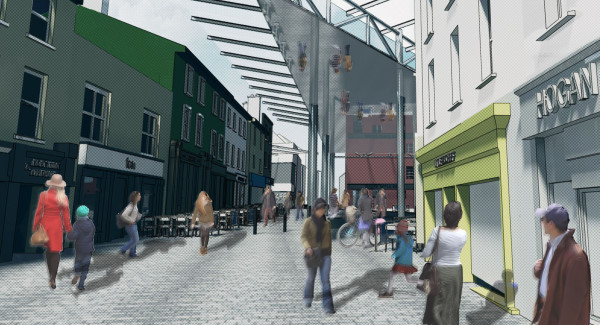 WHILE many have welcomed the essential investment in the city, others have pointed out that spending €10 million on papering over the cracks doesn’t really amount to anything.

“I hear the council are putting in pretty street lights,” confirmed local unemployed John Cummings, “fair play to them boi, that’ll fuckin’ sort everything out”.

In light of a failure at Government level to aid Waterford in its attempts to turn around its fortunes, the city and county councils have decided they might as well make the place look a little better.

“It’ll be a huge boost to the locals here to know and experience their city, which holds no real opportunities for them, in a positive light. They might not have a job, but the proposed new plaza at St Francis Place will take their mind off it,” confirmed a spokesperson for the city council.

“We’re aiming to become the most attractive looking city in the country for unemployed people”.

The investment has been classed as ‘lovely’ and ‘long overdue’ by some elderly Waterford resident, but the city’s youth remain sceptical about what it means for them going forward.

“Suppose it’d be nice to have a few new spots around the place to be drinking cans and that,” explained long term unemployed woman Bridget Hanley.

Meanwhile the Government has confirmed they are aware Waterford exists, but deny they have any plans for it whatsoever.