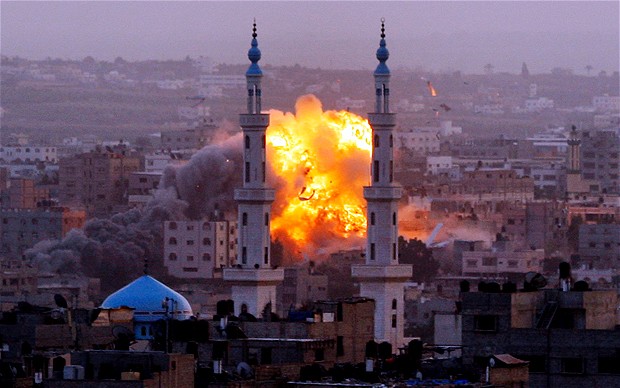 News bulletins and newspaper front pages around the world continue to resemble a poorly thought out dystopian film as the Israeli and Palestinian conflict enters its 24,175th day.

History experts have informed the international community that they have traced the conflict back to its origins in 1948 which involved the establishment of the state of Israel following the horrors perpetrated against Jewish peoples during WWII.

“We were moved by the images and footage emerging from the conflict recently, so did a little digging,” explained history professor at Harvard Michael Dunham, “after a little research we were shocked to learn that this current conflict had been ongoing for close to 25,000 days”.

This shocking discovery has left many lost for words, as some speculation had suggested the recent relentless bombardment of Gaza was solely due to the presence of terrorist organisation Hamas.

Dunham then went about trying to inform the public of his and his colleague’s discovery as well as reaching out to international leaders. Dunham felt if international leaders had been aware of the fact that the humanitarian crisis in Palestine had been going on for years they would leap into action to resolve the conflict.

“We’ve just seen the international community go into the opposite of overdrive trying to solve this thing and we thought ‘jeez, we got to let them know all the facts’, like this thing hasn’t just been going on for two weeks and I think people like President Obama would appreciate this discovery. It could prove a real incentive when it comes to resolving the countless injustices, considering over 500 civilian deaths doesn’t seem to have done anything”.

Dunham’s invaluable discovery came just in time for a UN vote yesterday which asked nations to vote in favour of an investigation into claims that Israel were guilty of war crimes in their assault on Gaza.

“I’m guessing my letter didn’t get to President Obama in time because they voted no,” Dunham shared with WWN, “and back in Ireland you guys abstained from voting at all, I guess my letter didn’t reach you on time either”.

Were the international community to display any real verve for peaceful solutions in the conflict they may be deterred from any ‘quick fix’ as all previous quick fixes have resulted in no end to the 24,175 day old conflict.