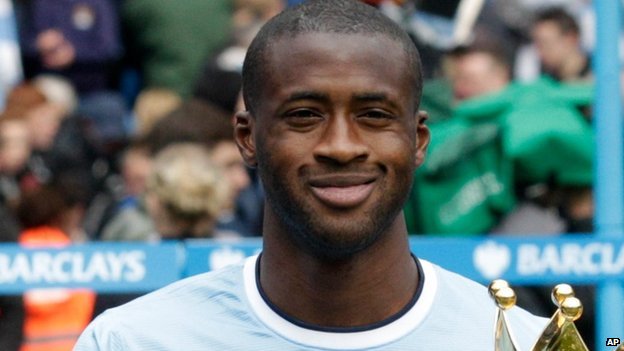 As the football world is still trying to come to terms with the callous and heinous acts perpetrated by Manchester City on their midfield maestro Yaya Touré, fresh news has emerged as the Blues attempt to reach out to the Ivorian.

Despite Yaya Touré’s insistence that he is very happy, unhappy and very much wants to stay while at the same time leave, it has emerged City have offered the 20-goal wonder a new, improved deal.

A new contract which has been tabled by the club in an effort to prove the club cares about and respects Touré is said to include a ‘1 Hug Per Day’ clause which would see every members of the playing and coaching staff embrace the midfielder at least once every day.

The new deal is believed to have been masterminded by Touré’s agent Dimitry Seluk, as just days ago he took to Sky Sports News to share some wise, but utterly incomprehensible ‘words’ leading to a tense impasse between club and player.

“We are very happy with the new deal I can now stop the police’s involvement. We seek no arrests. The deal shows much respect and love for Yaya,” Seluk told WWN through the use of 12 separate translators.

City fans will surely breathe a sigh of relief that their club has now apologised and rectified not wishing their star player a happy birthday.

Manchester City will now be able to keep a player happy who is regarded by many as a ‘top top top top top top top player’. Incidentally a separate clause in Touré’s new contract will see him referred to as ‘His Almighty and Most Magnificent Yaya’ in all future official communications with the club.

While the vital ‘1 Hug Per Day’ clause makes up the bulk of changes to Touré’s contract he is also said to have accepted £350,000 per week as a basic wage with a signing on fee totaling £2 million, while also collecting a fee for the signing of the signing on fee.