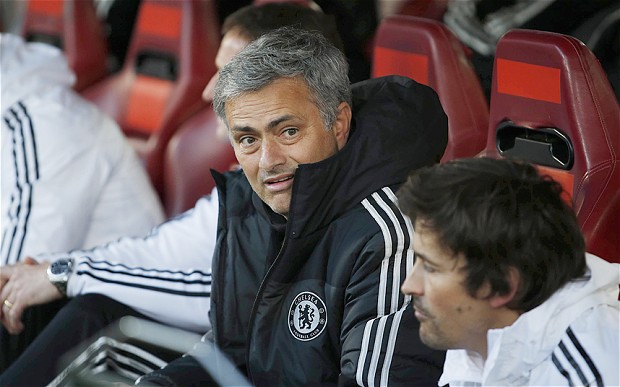 Jose Mourinho delivered some surprising team news to the awaiting media as he arrived at Anfield for Chelsea’s crunch match against league leaders Liverpool.

“No, no. It’s no mind game. Simply, I cannot risk for the Champions League so I’ll play my under 12s. They have so much potential, so it’s okay,” explained Mourinho.

The Chelsea manager denied this move was a ploy to catch Liverpool out and lure them into a false sense of security.

“No. Mind games are not something I ever use and anyway Liverpool should feel ashamed for putting out a full strength team against these innocent, helpless children,” Mourinho added before disappearing into the environs of Anfield bringing with him a train of nervous and bewildered 12-year-olds.

Online football forums have gone into overdrive upon learning the news that Mourinho is set to play line up of very inexperienced footballers.

“Come on lads, it’s bollocks. Clearly mind games, we all know he’s a master at that,” claimed NutmegMySack96 on football forum Football365.

Football experts have also rushed to give their opinion as kick off fast approaches. Graham Souness, speaking on Sky Sports, claimed Mourinho may have gone too far this time.

“Well, it’s obvious, isn’t it? Jose has played mind games for close to 14 years now – it can have long terms effects on the psyche. I think he doesn’t realise it, but he has played too many mind games and no longer knows who it is he is trying to distract and gain an advantage on.”

Fellow pundit Gary Neville echoed those sentiments. “It’s quite clear, there is a danger the mind game he is playing by playing these kids is actually a mind game directly aimed at himself. It’s bizarre really”.

Neville went to expand on his point using a 197 inch touch screen. “If we pause it here, you can you Mourinho’s delivery lacks the quality we’re used to. I’m not too sure he believes it, he seems lost, if I’m being honest.”

The afternoon ahead has become even more surreal as the Chelsea Twitter accounts continues to post cryptic quotes from Mourinho such as ‘I will resign if we are not winning by the third minute’, ‘The Premier League gains sexual gratification from making up the fixture list’, ‘Coco Pops’ and ‘Roman please, shoot me if I do not win for 7 goals, I will have failed you’.