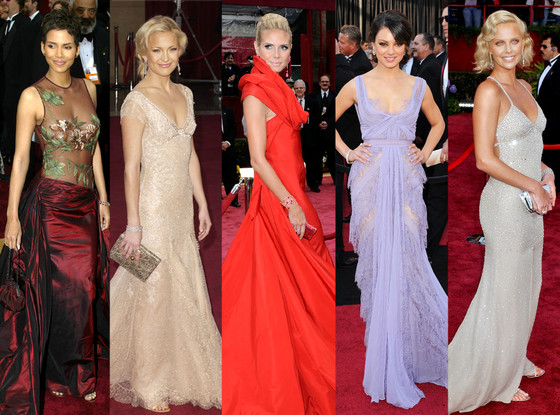 The awards have been handed out and the lights now long dimmed on the stage of the Dolby Theatre in Hollywood, but movie buffs the world over are still dissecting the events of last night.

Despite some differing views the film-loving community, on social media and beyond were in full agreement that the true winners in the Oscars were pieces of fabric.

Fashion blogger Reneé Dubont was one of the early taste makers casting her eye over the performances of professional actors as well as those in the specialist areas of special effects, costume design and sound editing.

“Bitch knows how to wear it” exclaimed Dubont upon seeing the moving performance given by Lupita Nyong’o’s dress which brought such humanity to its role of ample skin coverage.

However, criticism was handed out to Lupita on her choice of accessory – a gold statuette which clashed terribly with the colour of her dress.

“It will be a long time before we forget Cate Blanchett,” remarked InStyle editor Hal Rubenstein, “the conflicted portrayal of a women in deep denial but most importantly in Armani will live long in the memory.”

The E! network singled out many female performer’s dresses for their hard work and dedication to their profession, it could not be denied that certain fabrics were going to go home with more plaudits than some of the superfluous human skills.

E’s coverage of fabric began some 231 days ago and came to a fitting conclusion when host Ryan Seacrest explained the significance of fabric. “It’s a testament to how far we’ve come in women’s rights that we can ignore acting and technical skills in favour of pouring over women and recognising finally that fabric is the best metric by which to judge and appraise them.”

The Huffington Post praised the fabric of Lupita Nyong’o dress singling out its length, shape and colour for praise. The online publication chose to feature the fabric in 7 of its 190 strong photo gallery while wisely omitting any mention of the dress-wearer from its earlier review of the film 12 Years A Slave.

“Lupita made the type of impression on us in 12 Years A Slave were we felt there was absolutely no point in mentioning her name at all, not even once when reviewing the film which sits in great contrast to all the attention the fabric draped on her body is getting from us now,” shared national editor Kate Palmer.