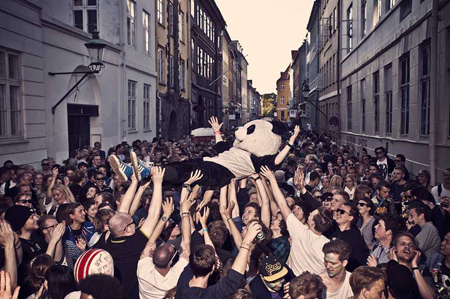 Following Connacht’s heroic 14-16 victory against European rugby giants Toulouse, supporters have vowed to keep their collective feet on the ground.

Connacht supporters resisted the urge to celebrate the biggest result in the province’s history instead choosing to dissect the game over a quiet coffee.

The tried and tested boot of Dan Parks and a Keiran Marmion try were enough to see off the four-time Heineken Cup winners. Victory in France set off casual displays of acceptance and happiness in Galway City near the side’s Sportsgrounds home.

It has been reported that as little as three people decided to ‘get around in’ at the time of the final whistle.

Many lifelong Connacht supporters said at the time there was really no cause for celebration and in all likelihood ‘they were probably just going to get an early night’.